There are many fish in the sea, some of which have yet to be discovered. There are already well over 30,000 different species of fish! That’s a lot of fish, and a school is when you observe a large number of them together. Fish breathe through their gills. They are frequently discovered on the side of their bodies. Their gills are responsible for collecting oxygen from the water.

A shark is the only fish that can blink. The majority of fish are cold-blooded. Scales are extremely beneficial to fish. They’re slimy, which makes it easier for them to slide through the water. Sound, color, and even motion are used by fish to communicate. A whale shark is the world’s largest fish.

So, start your kids’ journey to art with the easy-to-follow How to Draw a Fish tutorial below. 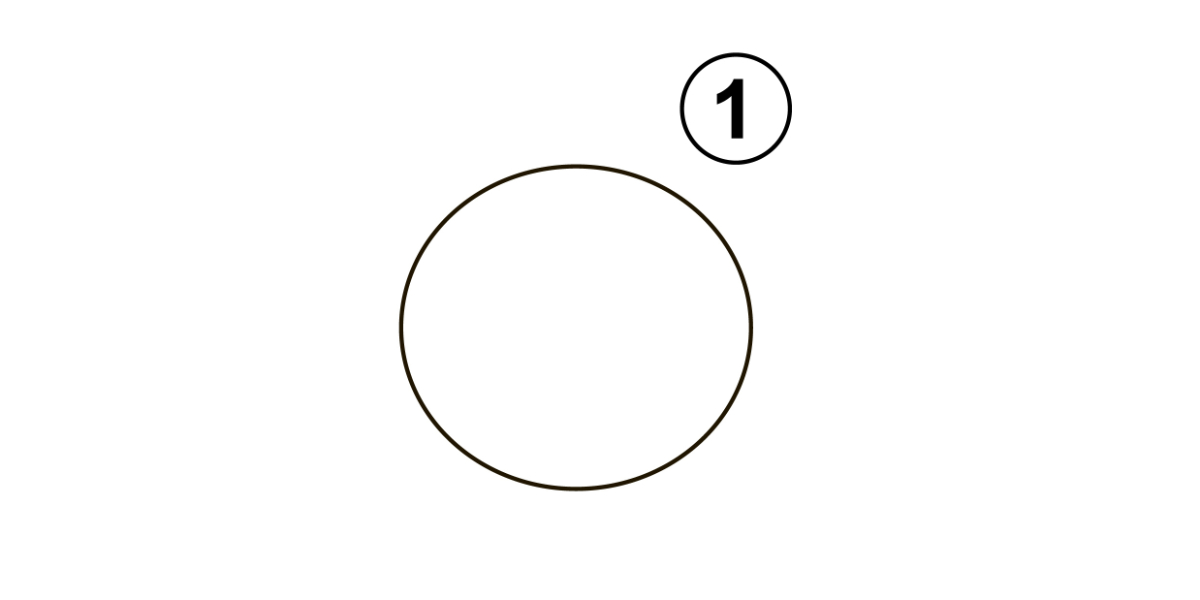 In this quick tutorial, you’ll learn how to draw a fish. Let’s start your fish by drawing a big circle. You may use a disposable cup or anything that you can use to trace a perfect circle. This first step will be your head guide and at the same time the foundation of your entire drawing. 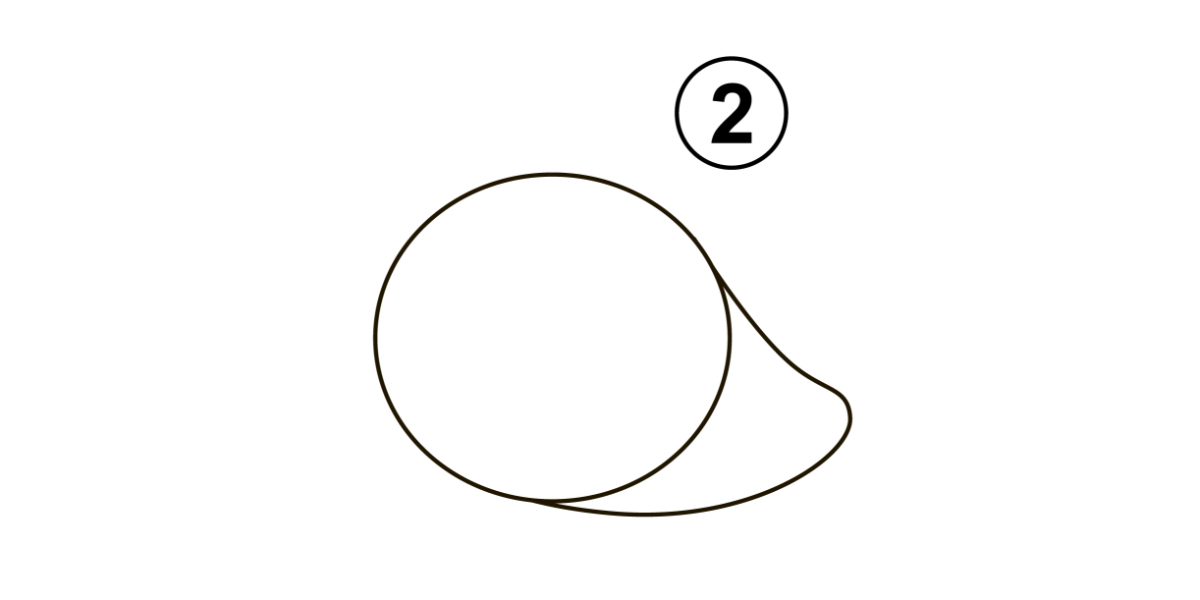 The next thing that you’ll need to do is to start drawing the body. Draw a cone shape for the body. Make sure that the cone shape must be connected to the circle. start making a cone shape at the right side of the circle going down. 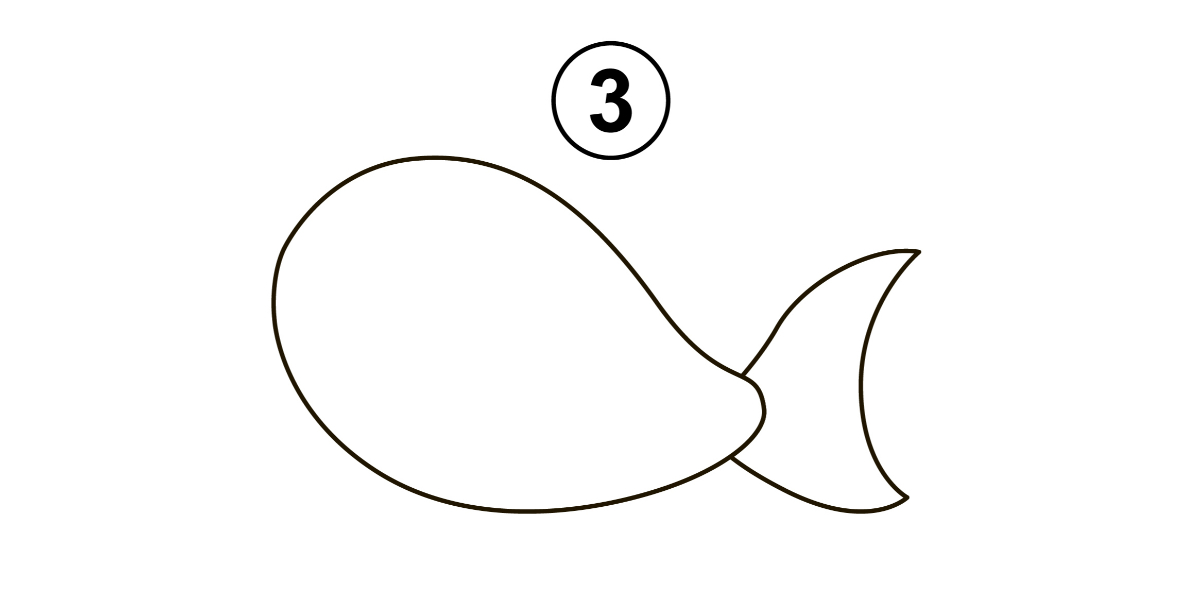 For this part remove the extra line on the body. Simply erase the inner line of the circle that separates the circle and the cone shape. For the tail, draw like a crescent moon and it must be connected to the edge of the cone shape.

Step 4: Draw the Mouth and Eye 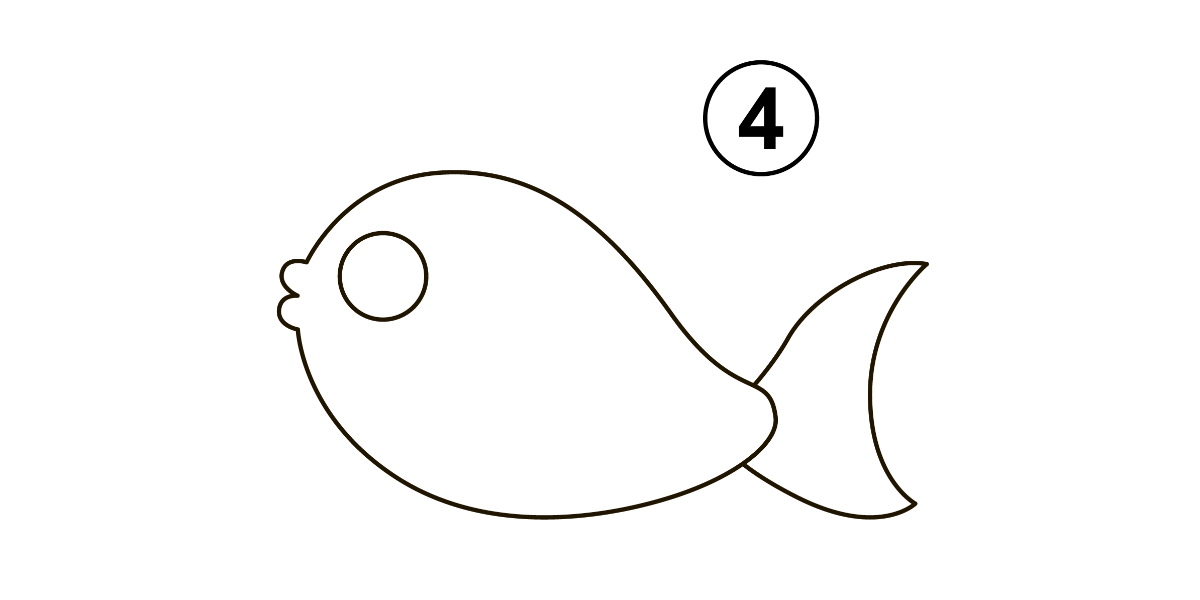 After drawing the head, body, and tail, let’s help the fish see the beautiful creation by drawing the eye. Now find a 5-centavo coin to trace a perfect circle for the guide of drawing the eye. After that draw two small curve lines in front of the circle, you made earlier. That two-curve line must look like a pouty lip.

To separate the head and the body, draw a curved line near the eye. Remember that body should look like a cone shape. In your small perfect circle, you’ve drawn earlier in the head part, draw a crescent moon shape to serve as the eyeball of the eye. 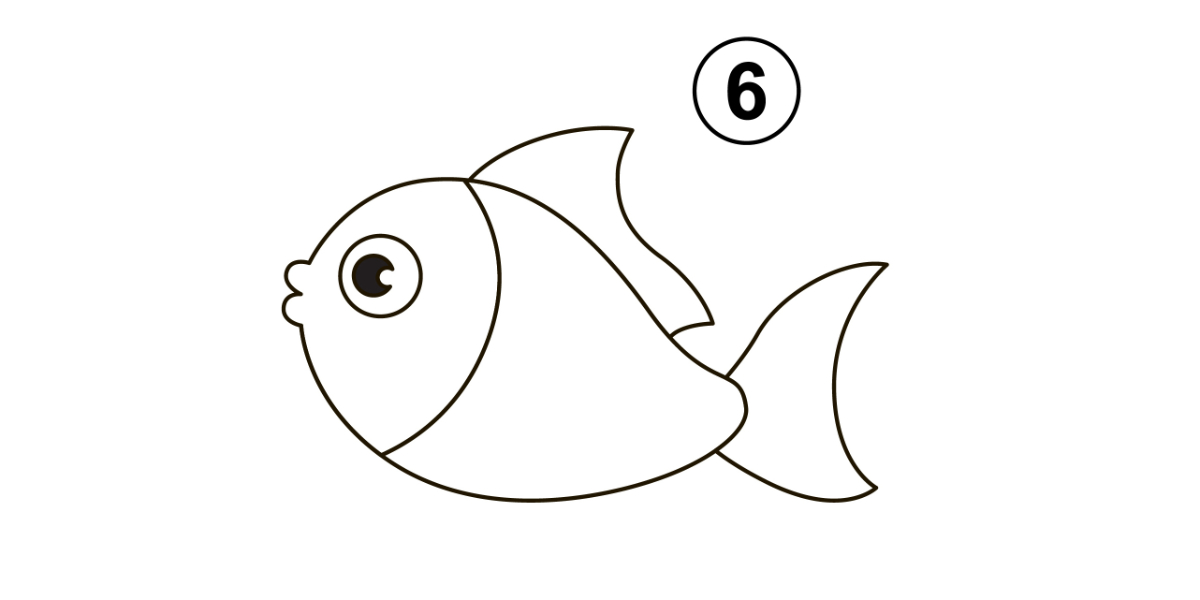 Fins are used to stabilize fish in the water and help direct the fish through turns and stops. The dorsal fin is located on the top of the fish. From the curve line that separates the body to the head, draw a curve line that looks like a wave from the sea. 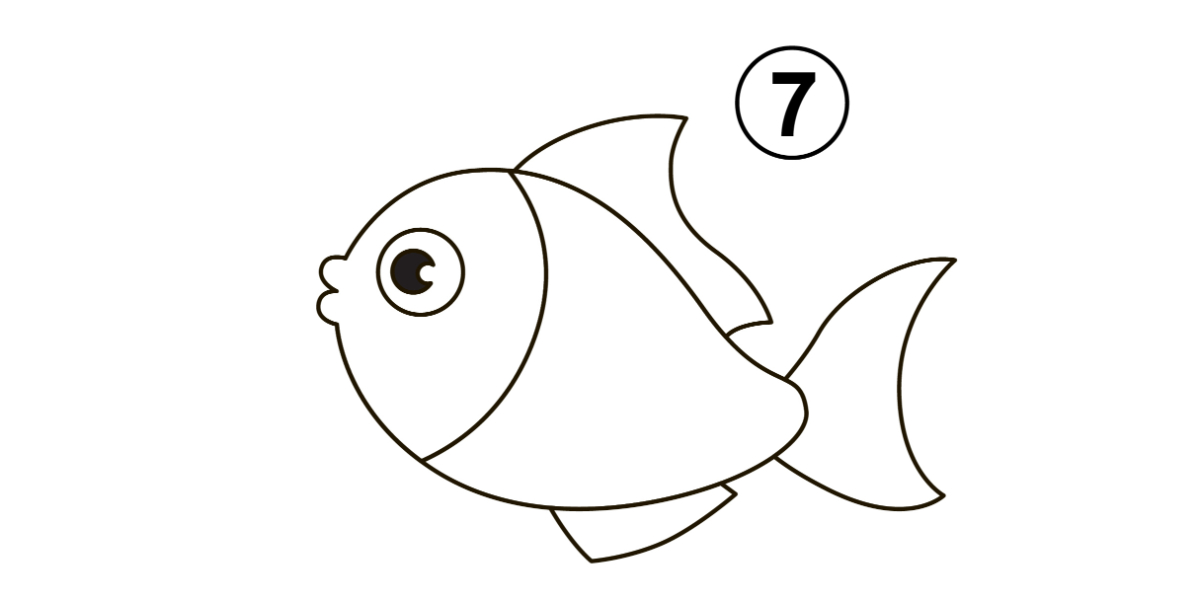 Pelvic fins or ventral fins are paired fins located on the bottom or belly of the fish and help with steering as well as balance. Let’s draw a short slanting line going down and from that line, draw another long line going up and another short line to connect it to the bottom of the body. 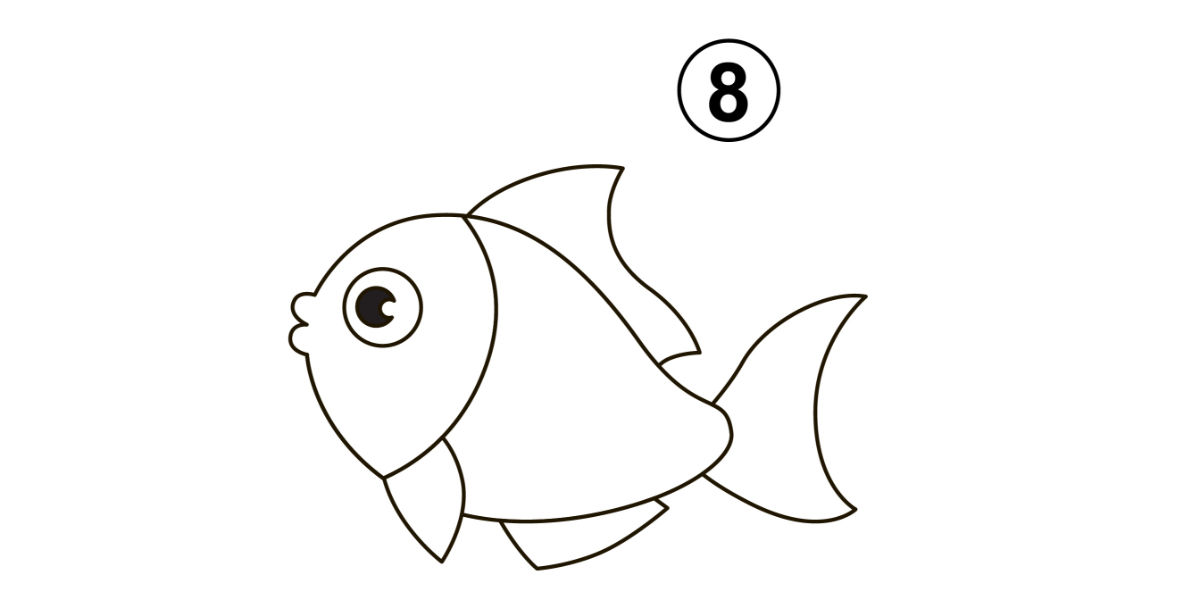 This time let’s draw the last important fin in the fish, the lateral fin. This fin is located below the head. This fin looks like a half leaf. You can get a small leaf and cut it into half to serve as your guide. 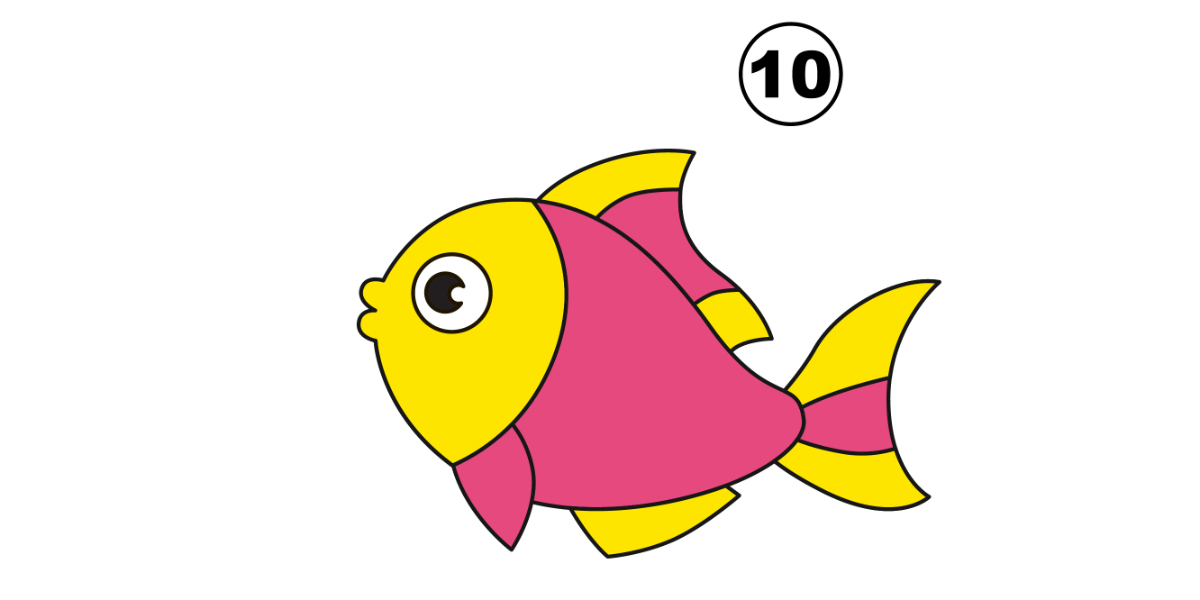 The best part of this tutorial is the coloring task. You can be as colorful as you wanted it to be since fish is colorful. We are now done with our art! Good job and congratulations!

See also  How to Draw a Goose in 12 Simple Steps