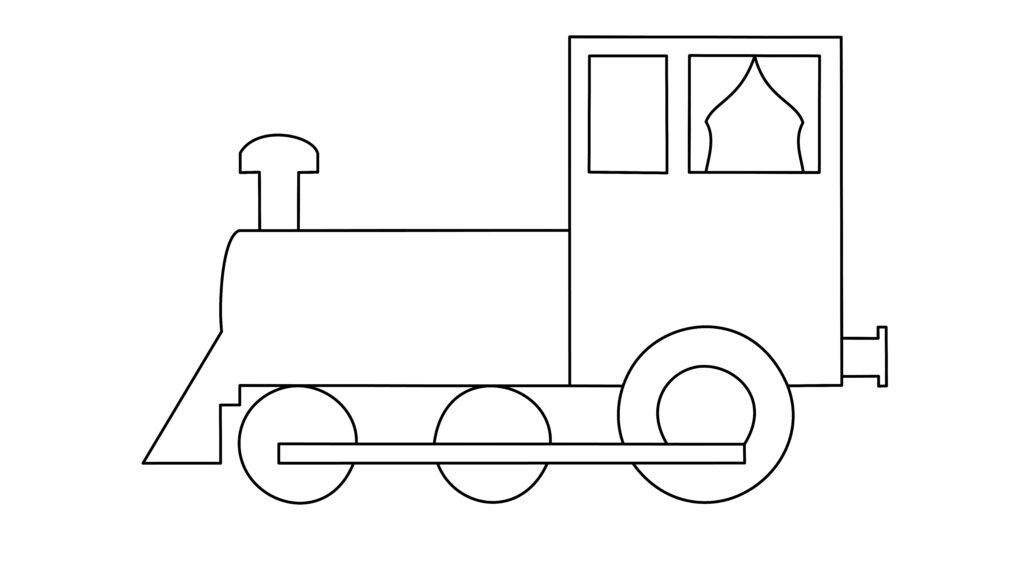 Playing with electric trains proves so much fun that you might want to draw trains, too. Perhaps you spent some time coloring trains and feel ready to move on to creating original artwork.

We will go step-by-step and you will see your train drawing take shape right before your eyes. This step-by-step drawing tutorial from the point of view of a kid just learning to draw skips complex items like the vanishing point concept and focuses on items like the vertical and horizontal line, curved line, and the basic shapes.

You can easily draw a train by following the instructions in this drawing lesson. You only need to know how to draw a rectangle, a square, a circle, an oval, and a triangle to draw anything. Knowing how to combine the shapes makes any drawing an easy drawing to create. That’s the big secret of even the most famous artists, so grab a blank sheet of paper and a pencil to get started.

About two-thirds of the way down the sheet, draw a long rectangle. It should be about four or five inches long, but pretty thin – about one quarter of an inch wide. This forms the base of your locomotive. 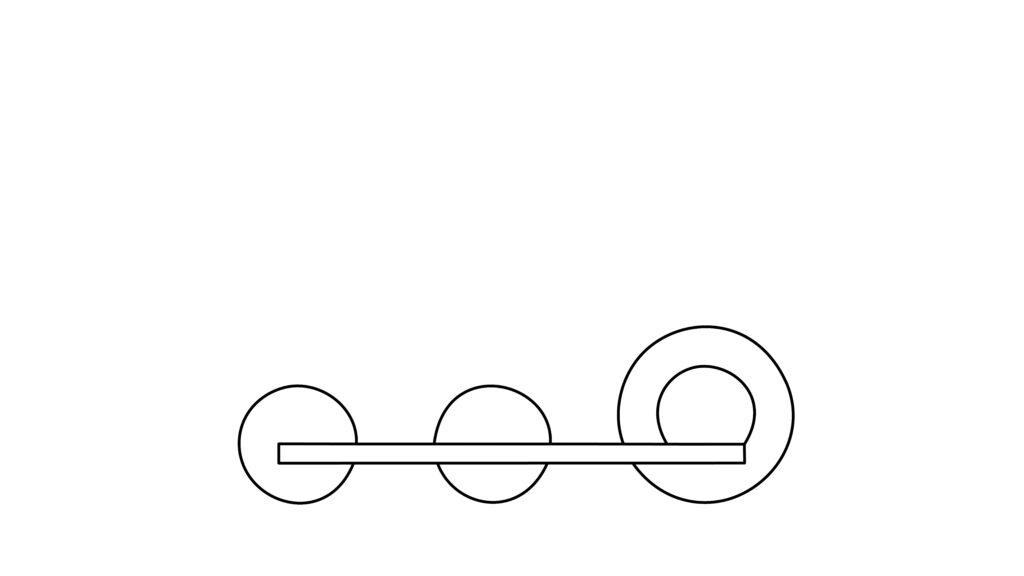 One in the center of your rectangle and one hanging off the end of the left end of it. About one third of this circle will appear to be in front of and not touching the rectangle. The center of these two circles should be a little above the rectangle. Draw a third circle on top of the rectangle at the far right end. Draw a larger circle around it with about one quarter of an inch space between the two. Your train now has wheels.

See also  How to Draw a Flag in 6 Easy Steps 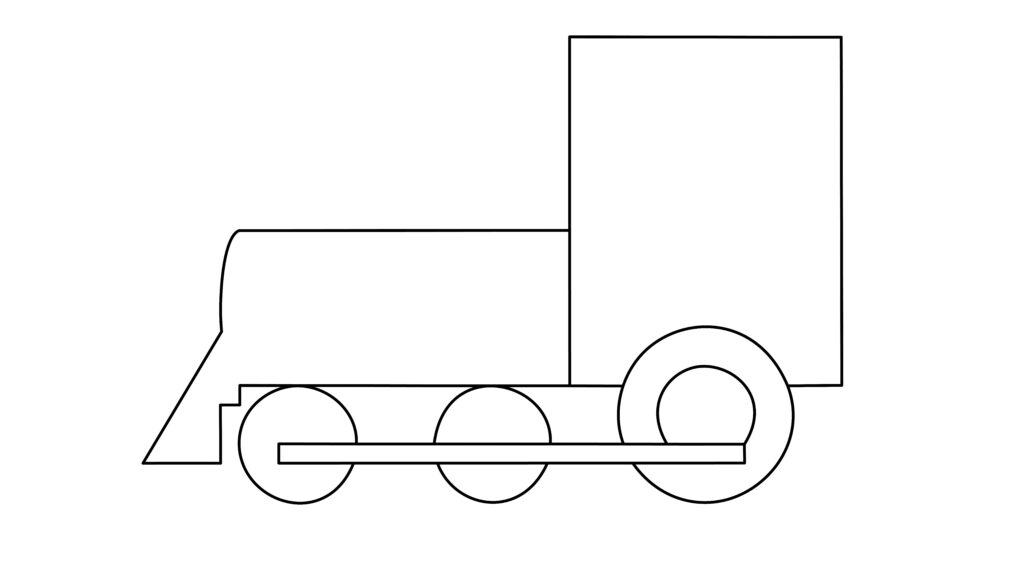 Draw a tiny box in front of it very lightly because you will erase part of it later. Draw a small triangle on the front that would make half of a square. The point of this triangle should touch the inside corner of your tiny box.

Beneath that and working from the bottom lines of your existing square and triangle, you draw another triangle. You want the point of it to jut out. This forms the front of your locomotive.

Now you erase your extra lines to a single form for the front. You erase the top and left side lines of your tiny box plus the inside triangle lines. 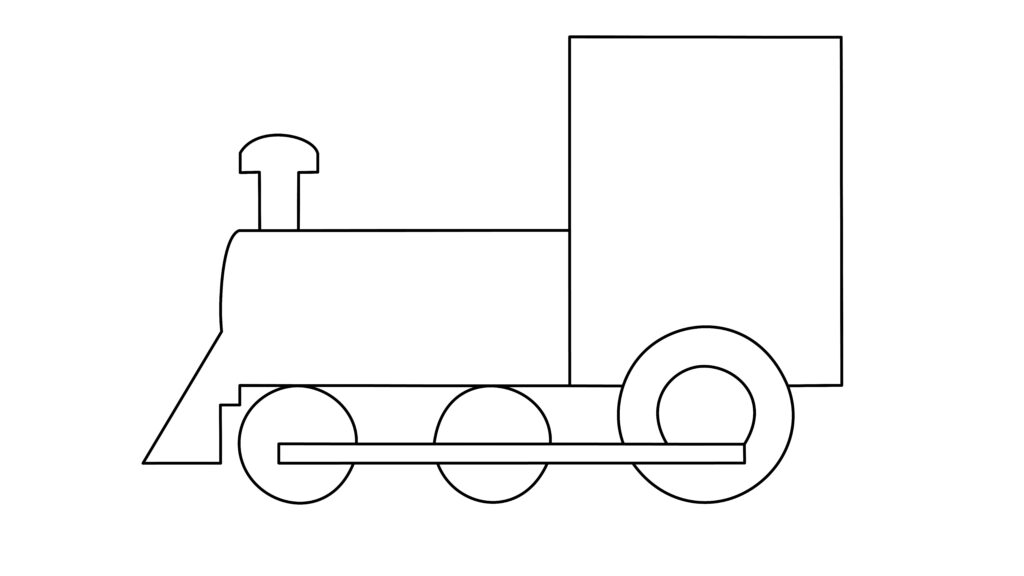 On top of the train’s front, about one-quarter of an inch in front of the front curved line, draw a rectangle that is about an inch high. Draw a tiny rectangle on top of it lightly so you can erase it without it showing. Draw a half-circle on the top of the rectangle.

Erase the inside lines and you have the smokestack.

See also  How to Draw a Kangaroo in 12 Easy Steps 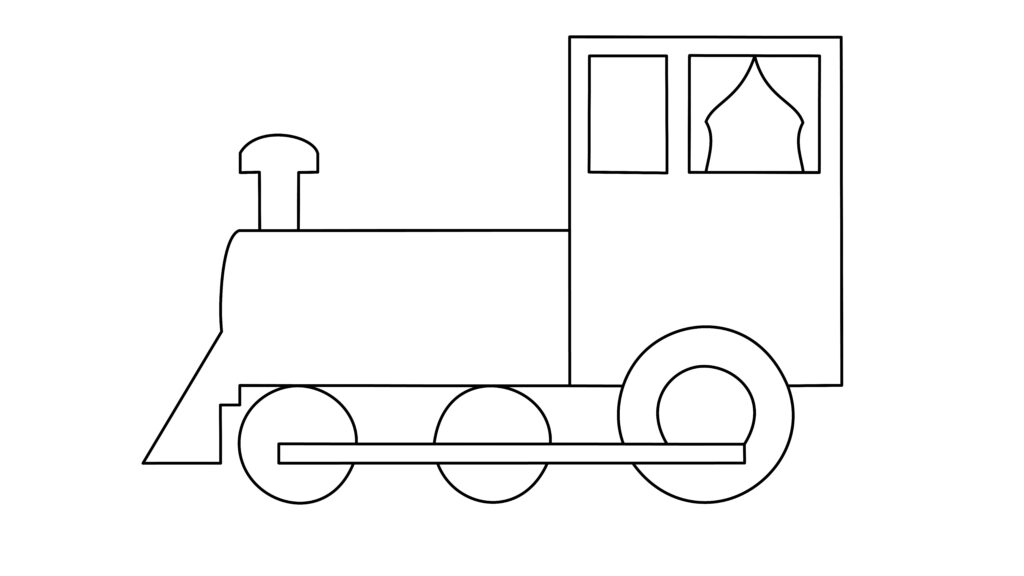 Let’s add a bit of detail now. Draw a small rectangle inside your large rectangle box that forms the rear of the locomotive car. Make it start about an eighth of an inch inside the larger rectangle. Put it toward the top and close the rectangle about half an inch before you reach the top line of the engine cylinder. You have a window! Now your conductor will be able to wave to the people as he drives the train.

Put in a second, larger window behind it. Make this one nearly square, but just a little wider and the same exact height as the other window. This window lets your passengers look out as the landscape goes by, so let’s draw some window curtains, too. Sometimes, they will want to close the curtains to make it dark so they can nap.

Draw a triangle from the top middle of a large window to about an eighth of an inch inside the box that forms the window. From each of its bottom points draw a curved line with the curved parts facing each other like the symbols ) and (.

Erase the bottom line of the triangle and you have curtains.

See also  How to Draw a Squirrel in 7 Easy Steps