Submarines are one of the greatest human creations used to travel and explore deep under the ocean. These modern machines can stay underwater for as long as three months. But its true limits under the ocean depend on the food and supplies its passengers prepared.

Generally, submarines are used to patrol ocean waters and to attack enemy ships during wartime. They are also used by scientists to travel deep under the ocean and study all the life and wonders underneath. 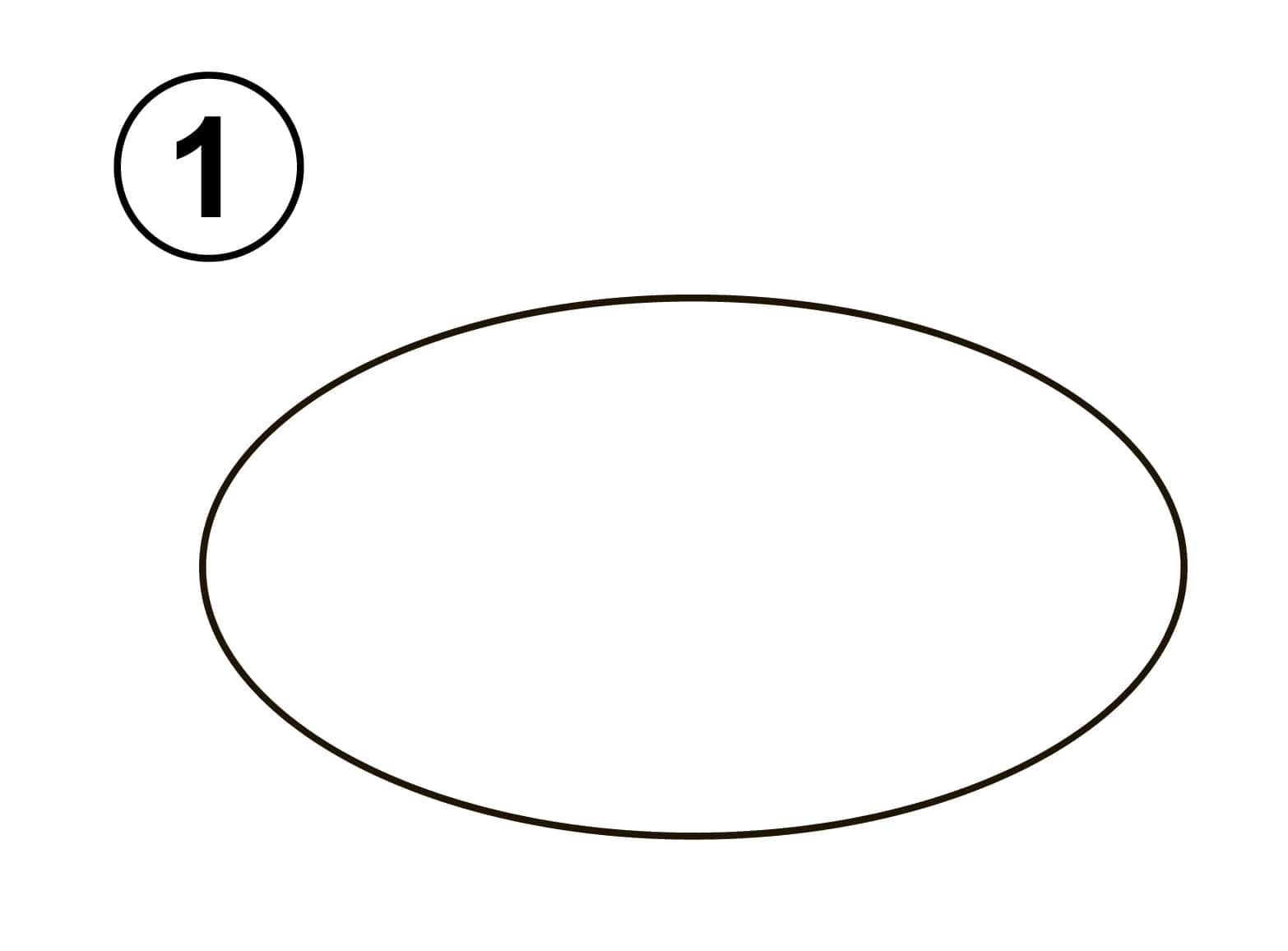 Let’s start your submarine by drawing the body. In this step, simply draw a big horizontal oval shape that looks like an egg that is on the table. Because even though submarines usually have a long body, we will have to do this drawing our way. 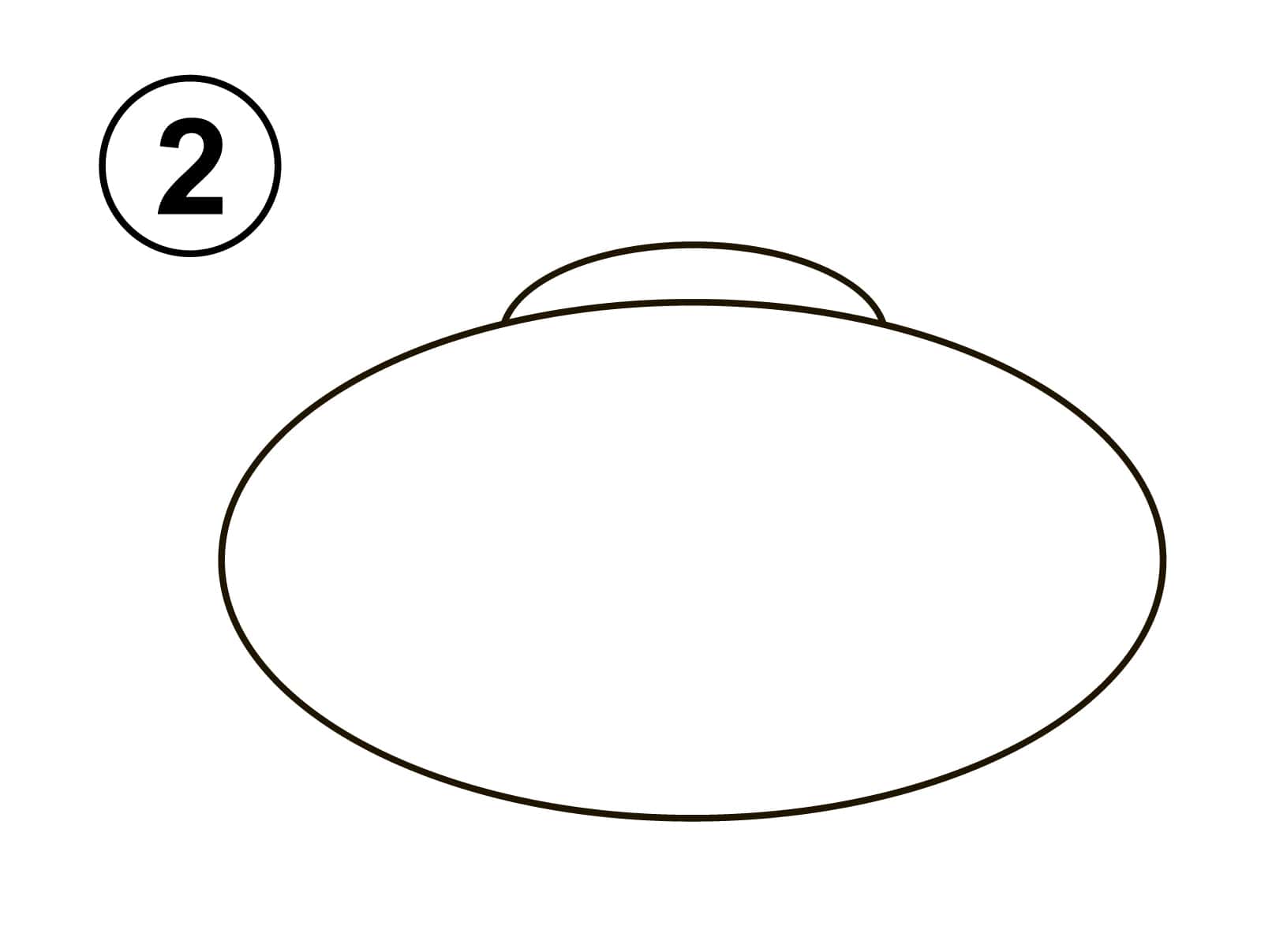 The next thing that you’ll need to do is to start adding the sail. In the middle of the upper edge of your submarine’s body, you should draw a curve line connected from one end to the other. This will then be the partial part of your submarine’s sail. 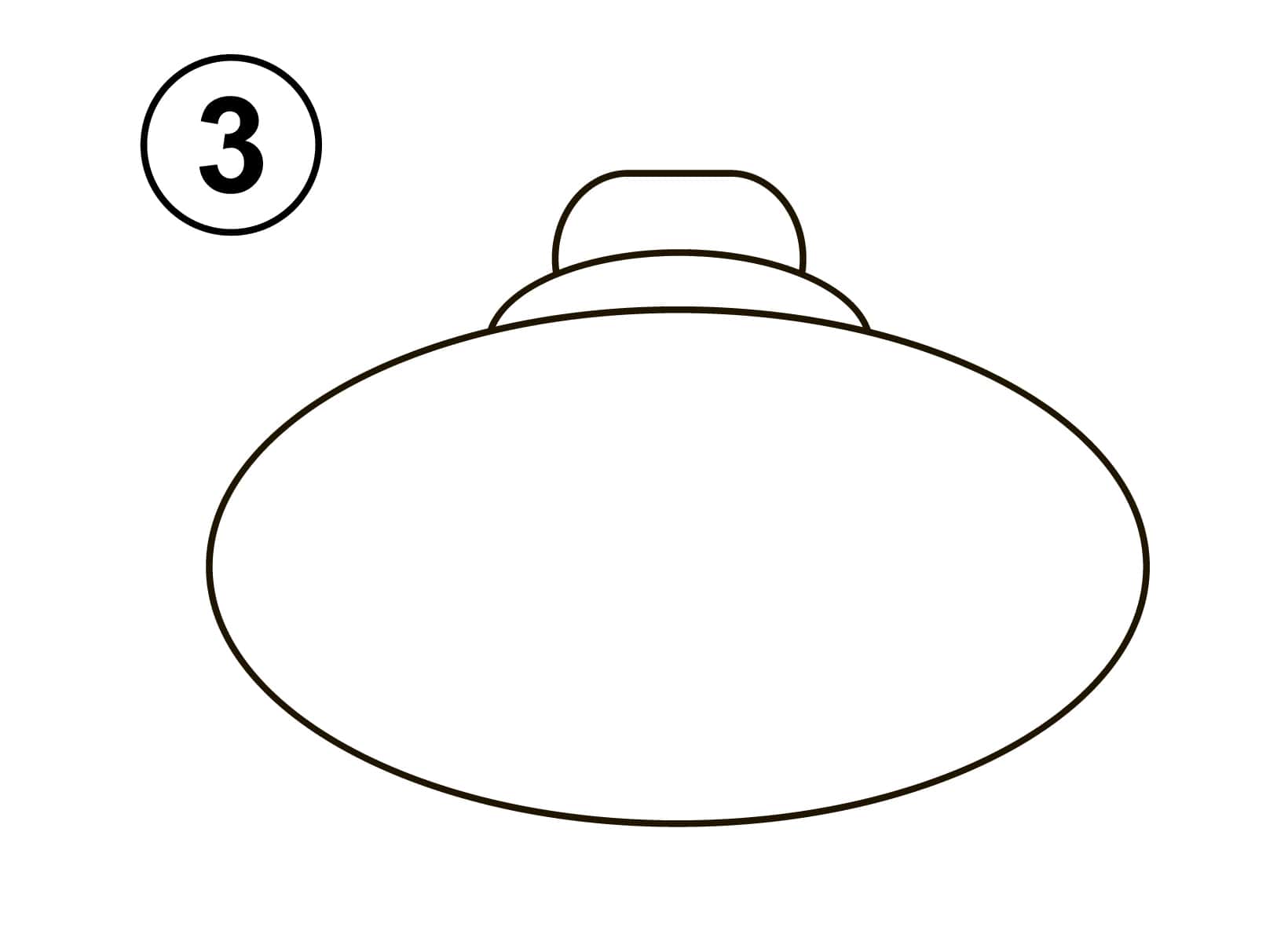 Now, it’s time to complete the sail. On top of the previous step that you did earlier, you now have to draw a much wider C shape. The result of this step should somehow look like a head and neck of a traditional flashlight. 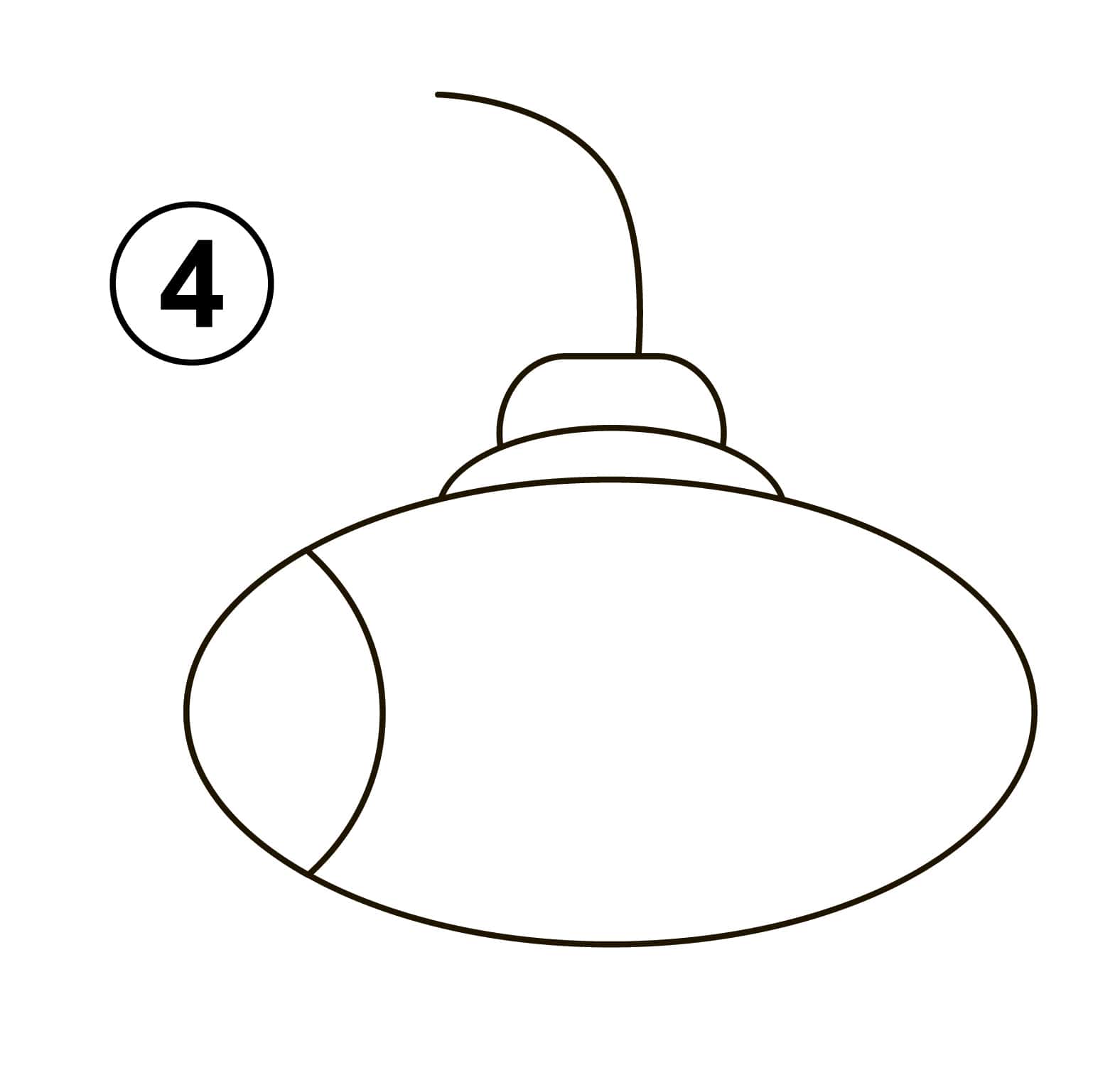 In this step, let’s start drawing the most famous part of a submarine, the periscope. This part of the submarine is always featured in movies and tv series. Maybe because it’s fun to use the periscope and look at the scenery on the other edge of the lens. So, do this by simply drawing a curve line on top of the sail. 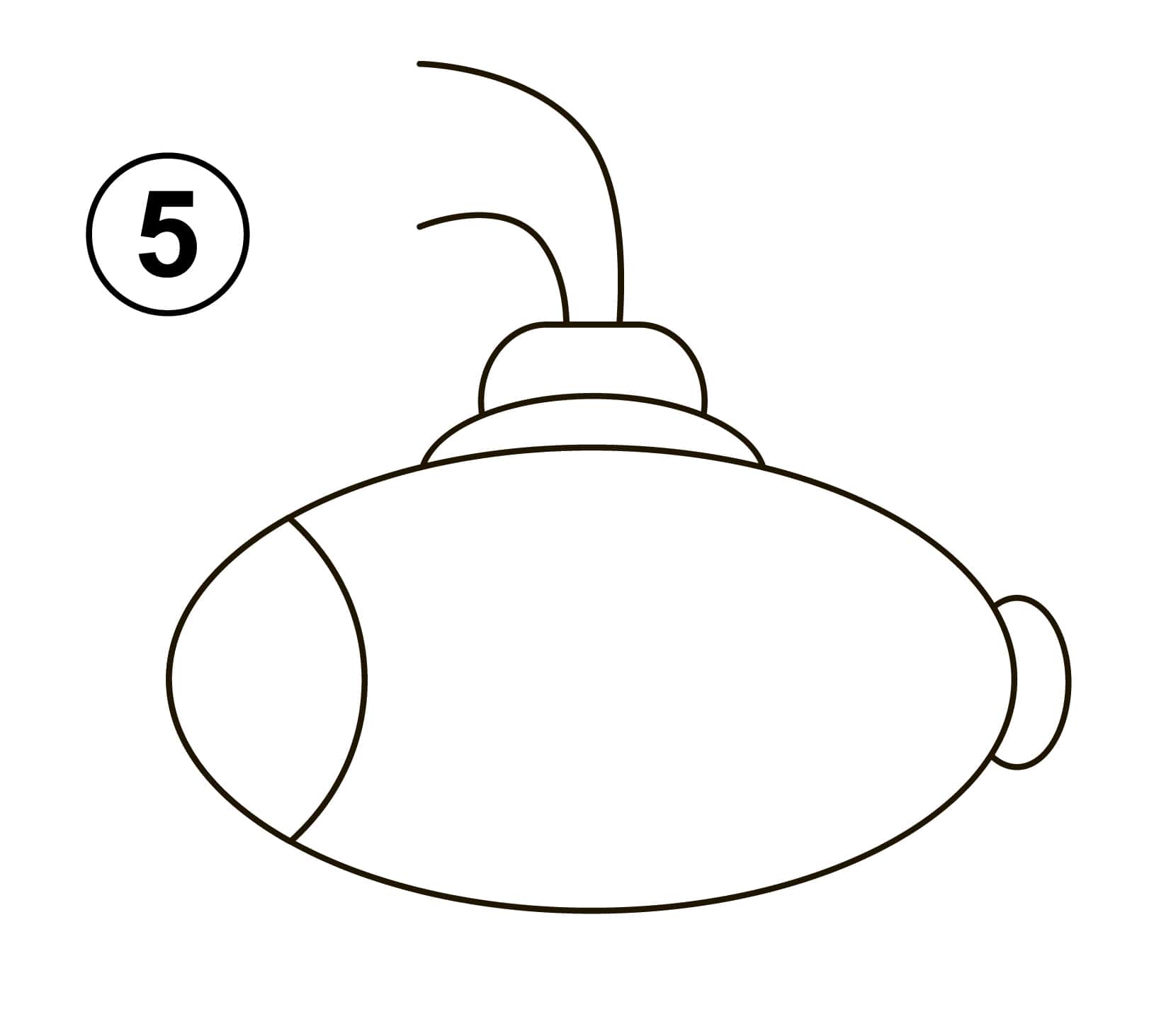 Next, let’s add another curve line to your periscope. But this time, it should be smaller than the previous one. After that, draw a curve line on the left part of the submarine’s body. And lastly, let’s start drawing the propeller’s connector to the body on the right side of your submarine’s body. 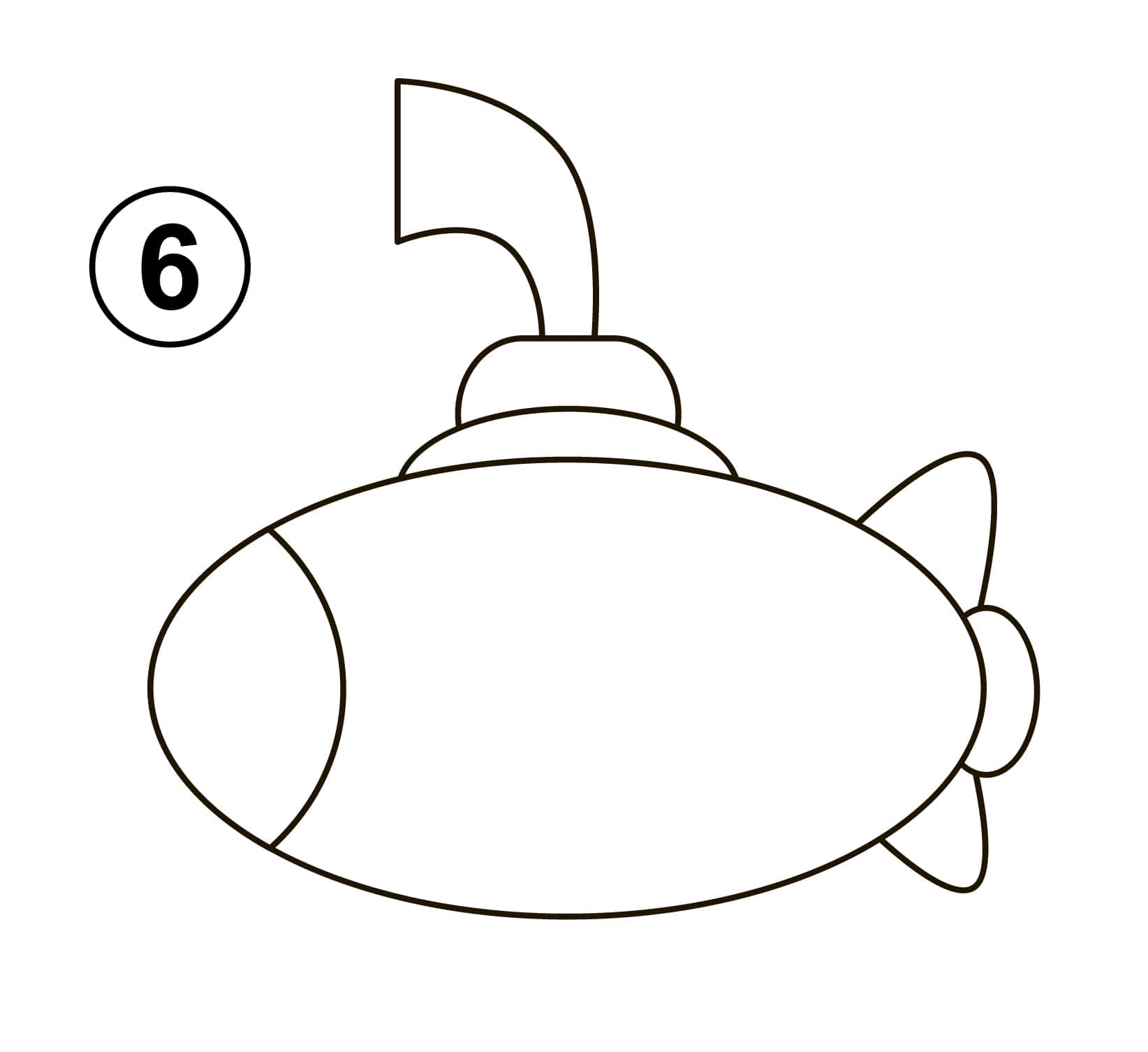 Now, go back to your periscope and draw a straight line to connect the upper curve line and lower curve line of your periscope. By doing this, you now have a completed periscope. After that, you need to add the rudder by drawing a soft edge triangle on the upper right side, on top of the propeller connector. Once that’s done, add another one but this time, you should draw it under the propeller connector.

Step 7: Draw the Periscope Lens and the Windows 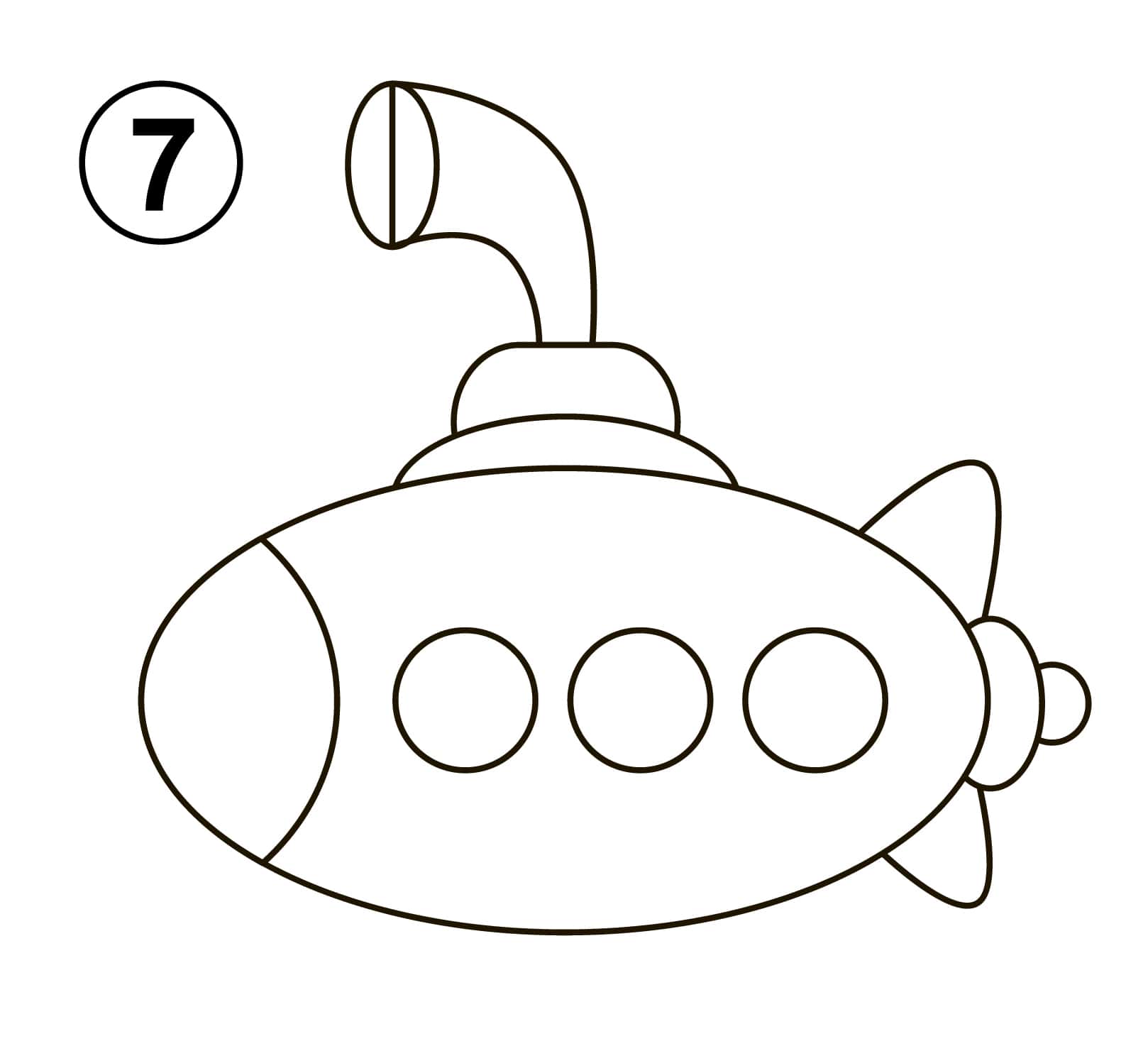 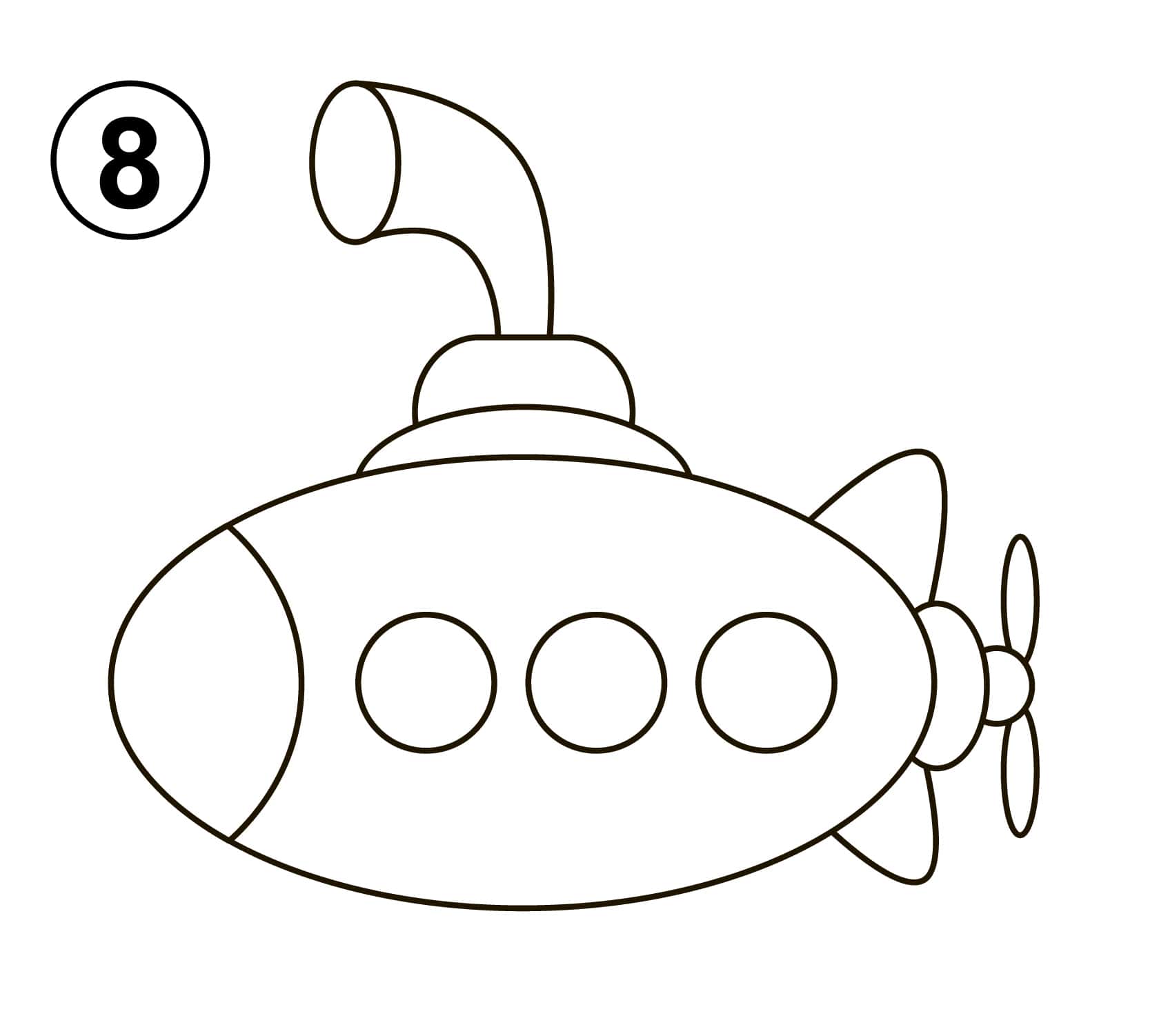 Now, you are almost done! In this step, you simply have to erase and clean extra lines to have a much clearer drawing. Remove overlapping lines on the different parts of your drawing. You may also trace the final body and other parts by using a darker or colored pen. After tracing the final lines, you may now erase all the previous lines you’ve drawn. 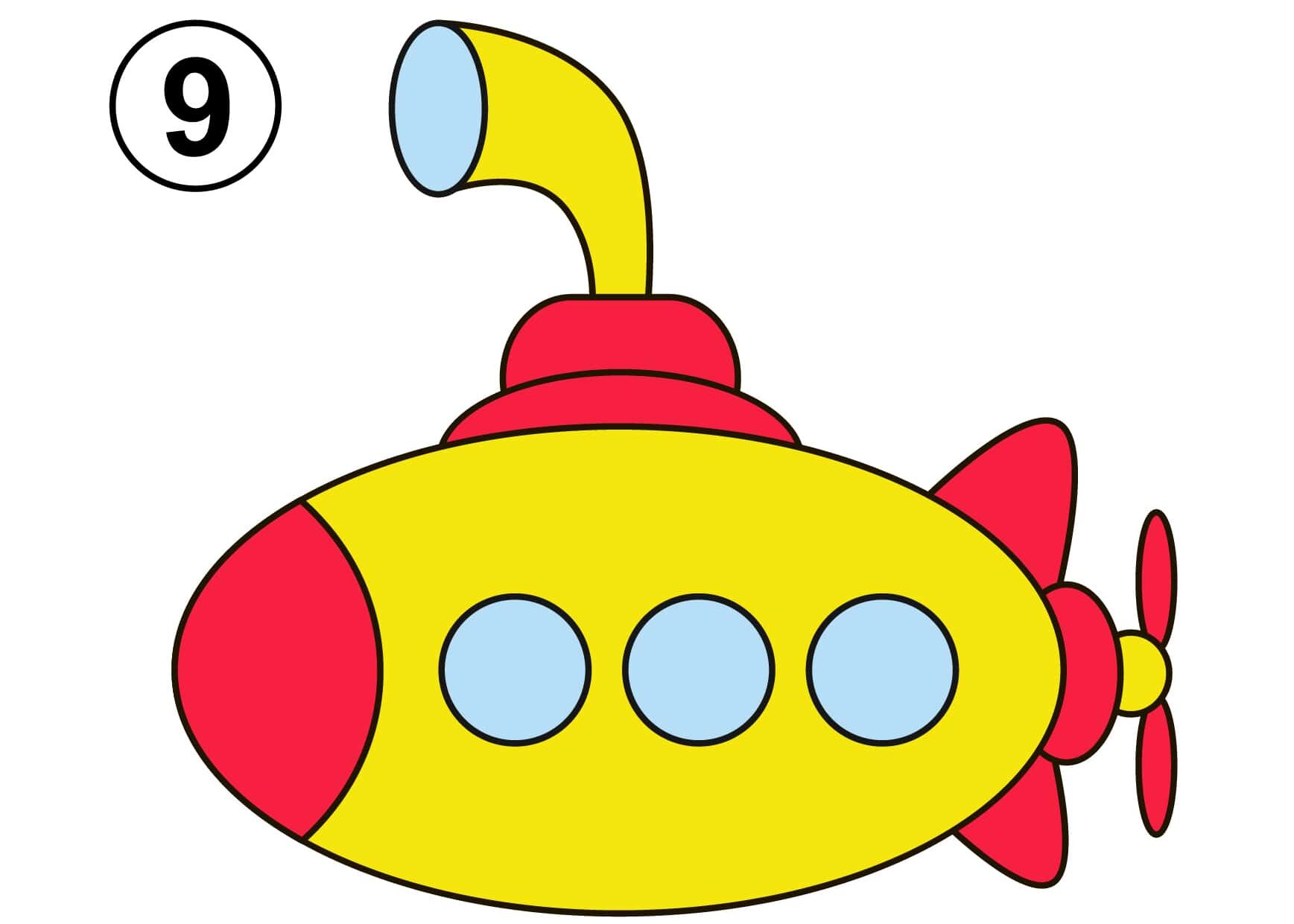 In this step, you have all the liberty to apply any color that you want. Use different colors to unleash your creativity towards your drawing. You can add read on the sail, rudder, and propellers. You may also add yellow to the body and periscope. Or you can just be yourself and add anything color that you want.

And once you are done coloring, you now have a completed drawing of your submarine! Congratulations! Show your completed drawing to your family and friends and let them celebrate with you in your newfound skill.