Before the invention of balloons, people inflated pig bladders and animal intestines and shaped them into an animal or other amusing shapes as an offering to their gods. The Aztecs were the first people to do so and made inflated cat bladders. When most of the cats died due to a disease, they turned to corpses and when these ran out as well, they started the human sacrifice.

The hot air balloon was launched by the Montgolfier brothers in Nov. 21, 1783 while the first living beings that flew in a balloon were a duck, a rooster, and a sheep named Montauciel which means “Climb-to-the-sky.”

These balloons are steerable and very light, and there is an engine that is used to move through the air. The bodies of these balloons can be rigid, semi-rigid, and even non-rigid, and you can navigate the balloon by using its own power. Airships can lift off of the ground using large gas bags that are filled with a specific type of lifting gas, and it is a gas that is not nearly as dense as the air around it.

Also known as a type of aerostat, airship balloons include the Hindenburg, a dirigible from Germany that was made in the mid-1930s. These types of balloons include four main parts: the balloon itself, which is shaped like a cigar, propeller engines, steering rudders that can be either horizontal or vertical in shape, and a gondola or car used to hold the passengers and crew.

Balloon catheters are used for medical purposes. The balloons are soft and have a small inflatable balloon at the end. During a catheterization procedure, the balloons can be inserted in heart veins, the stomach, the esophagus, or even the uterus. They can be inflated in order to open up a vein or artery, or even to stop or alleviate some type of bleeding.

Interestingly, the catheterization process is a lot less complex and much faster than many people think it is, and once the balloon is deflated and positioned where it needs to go, it can then move on to perform the necessary medical procedure. Afterward, it can be deflated quickly in order to be removed. There are many different types of catheters, but the balloon catheter is the most common one when it comes to certain medical procedures, such as catheterization of the heart.

This is a toy balloon that has is shaped like a helicopter, topped with a plastic propeller that makes it look like a real helicopter. The propeller itself is hollow, and the air is lead through each of the propeller blades that make the propeller rotate. The balloons come in all different colors and even have details painted on them, giving them a more realistic look.

There are also other types of balloon helicopters, including those in which each piece of the helicopter is made out of a balloon, and a large balloon that has three propellers attached to the top of the balloon, making it look like a helicopter. When it comes to balloon helicopters, there are many different ones that you can find, and all you have to do is conduct an Internet search to show you how many types there are.

Balloon rockets are toy balloons consisting of a long and narrow shape, and they are used to demonstrate the rocket’s function and even its physical principles. Usually made of rubber, these balloons are typically filled with air or various gases.

One of the biggest functions of these balloons is their capability to teach certain things, which is why they are considered excellent teaching aids as well as fun toys to play with. You can tape or attach certain items to the balloons, such as sticks and tape, in order to propel it and make it “fly” through the air, and they are extremely easy to make and operate in the classroom.

A barrage balloon also called a blimp, is non-rigid and usually tethered with metal cables. Their main purpose is to defend against aircraft attacks, which makes the airplanes’ approach a lot more difficult. They essentially make the attackers’ approach much more challenging, and some of these balloons even carried small explosive devices for extra effect.

Blimps were only used against aircraft that were considered to be low-flying, in part because the longer cable was so heavy that it was essentially impractical for higher altitudes. In some ways, barrage balloons were more trouble than they were worth, in part because they often resulted in power lines being short-circuited and some balloons even breaking loose during flight.

Also called pilot balloons, these balloons are usually very small, red in color, and do an excellent job of figuring out the height of the clouds nearby. They can be used to measure the vertical visibility of a layer of blowing snow or fog, and they are usually approximately 16 inches in diameter when inflated.

In hot air ballooning, there is only one large balloon attached, but cluster ballooning involves a group of rubber balloons filled with helium attached to the pilot. Each of the balloons is individually sealed and readily available. To operate the cluster balloons, the pilot has to deflate or jettison the balloons. In fact, facilitating ascent is often accomplished with bottled water, and there can be quite a few balloons included in the cluster. Often, these balloons have a gondola or a harness for the pilot’s safety, who can also jettison the ballast in order to go up or down.

Fire balloons were used during World War II by Japan, and they were hydrogen balloons that carried bombs. Also called a Fu-Go balloon, it contains various types of bombs, from anti-personnel bombs to incendiary bombs. Fire balloons were specifically designed to take advantage of the jet stream found over the Pacific Ocean, and they allowed the Japanese to drop bombs on the forests, cities, and farmland of Canada and America. They are no longer used today.

Since gases such as hydrogen and helium are lighter than air, these are the types of gases usually found in a gas balloon. All types of balloons can be gas balloons because the term “gas balloon” actually includes a variety of subtypes. Gas balloons are usually sealed off at the end in order to keep the gas from escaping, and they can include large blimps, small party balloons made of rubber, and many others. In Europe, there are numerous gas balloon clubs, and gas balloons are often tethered as well, particularly if they are used for observation purposes.

Also called a Hopper, these balloons are hot air balloons that are small and seat only one person. There is usually only a harness or a one-person seat, and because they are so small, they can only stay in the air from one to one-and-a-half hours. The harness that straps in the pilot is similar to a parachute harness, and some of these balloons are called Cloud-hoppers, although this is actually a brand name of the product. Hopper balloons came to the United States and England in the early 1920s, and the most common gases for these types of balloon include helium and hydrogen.

Hot air balloons are very old and are a type of flying machine. There is an envelope on the balloon which holds heated air, and they usually also consist of a wicker basket or gondola underneath it for the passengers. In a hot air balloon, the balloon is lifted because hot air is actually lighter than air that is cold. Very often, hot air balloons are colorful and a lot of fun to ride in, and the balloons themselves can be solid-colored or made with bright, even neon colors. Hot air balloon festivals are also very common and are a great way to show off a variety of balloon types.

Most observation balloons are either blimps or hot air balloons that contain a gondola that was used to gather intelligence and spot artillery during wartime. Although they have limited use today, observation balloons were used up to World War I and many wars before that one. Usually filled with hydrogen, many of them were flammable and were easily destroyed; in fact, many times the balloons needed parachutes to evacuate them during an attack. Since they were so flammable, observation balloons then started using helium instead of hydrogen, and they are rarely used today.

If you’ve ever heard of a weather balloon, this is the perfect example of a research balloon. Research balloons can measure things such as air pollution, wind currents, and even air temperature. However, they are not very common because of the exorbitant cost of manufacturing and launching the balloons.

Much like its name suggests, solar balloons gain buoyancy when the inside air is heated by the sun, and they are most often made with solid-colored materials, usually black or some other dark color. Because of this, solar balloons are very similar to hot air balloons, and the heated air inside of the balloon expands and has a lower density than the air surrounding it.

Although they are used quite often in the toy market, some people have suggested that solar balloons can be used for human flight and even for investigating the planet Mars. There is a vent at the top of the balloon that can open in order to release the hot air, which helps it go down and deflate.

Toy balloons can be filled either with helium or air and are used for many different purposes, including child’s play, decorations for a party, and advertising and promotion. They are usually made of materials such as latex, foil, and rubber, and more often than not, they are inexpensive, as well.

Toy balloons come in dozens of different sizes, shapes, and colors, including elongated balloons, round ones, star-shaped ones, and balloons with happy sayings on them. There is even a toy balloon made out of a special material that allows you to make animal shapes out of them, which are especially popular at children’s birthday parties.

It is easy to fill these balloons up with water and easy to tie them closed, and they are made small so that throwing them around is a lot easier. Water balloons are used for play at birthday parties or summertime fun, and you can use regular water in them. They are also made to be discarded after one use, which is why they tend to be very inexpensive.

These include those that are flexible and made of waterproof material, such as inflatable boats, flexible tanks, and the envelopes used on dirigibles.

Mylar is actually a brand name, and these types of balloons use foil to get their shiny appearance. You can also produce these balloons with aluminum foil, which is first melted and stretched into very thin sheets.

Other materials used for balloons include rubber, latex, nylon fabric, and polychloroprene. Contrary to what many people believe, balloons are not made out of plastic anymore.

Materials Used Inside of Balloons

Balloons can be filled with air, oxygen, water, helium, hydrogen, or even nitrous oxide. Because helium rises, it is used instead of hydrogen and other gases, and it is also used because it doesn’t burn. 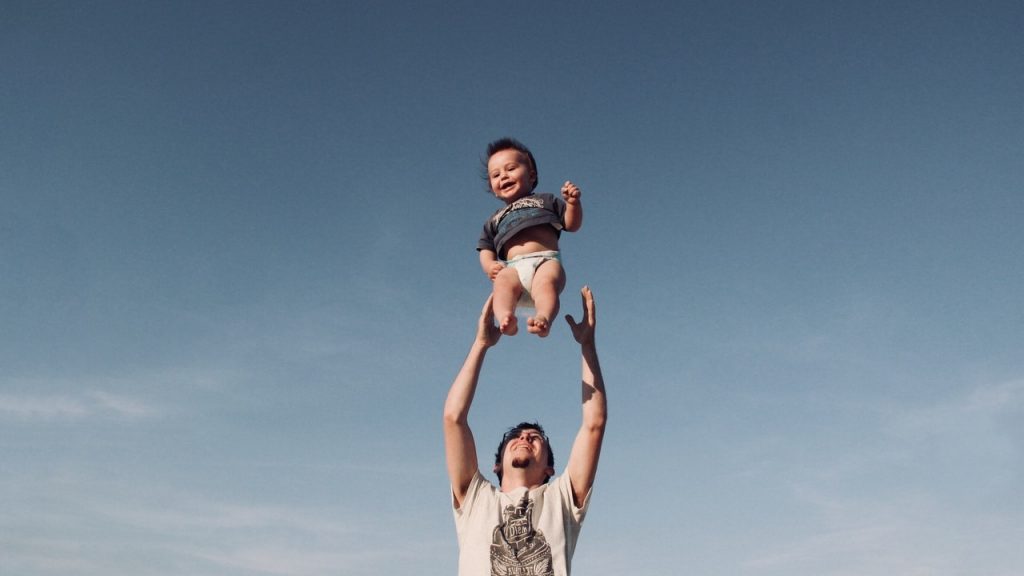 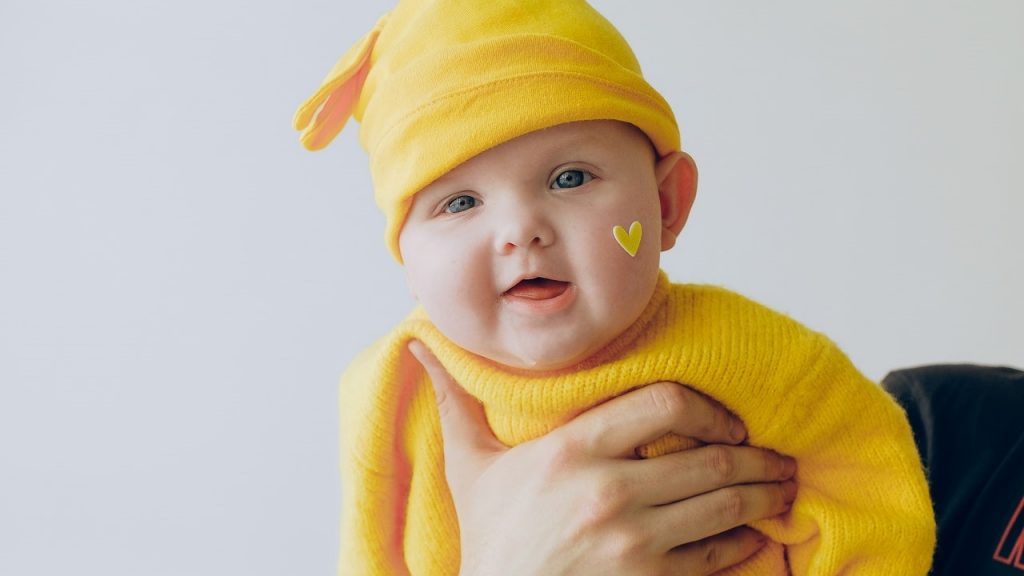 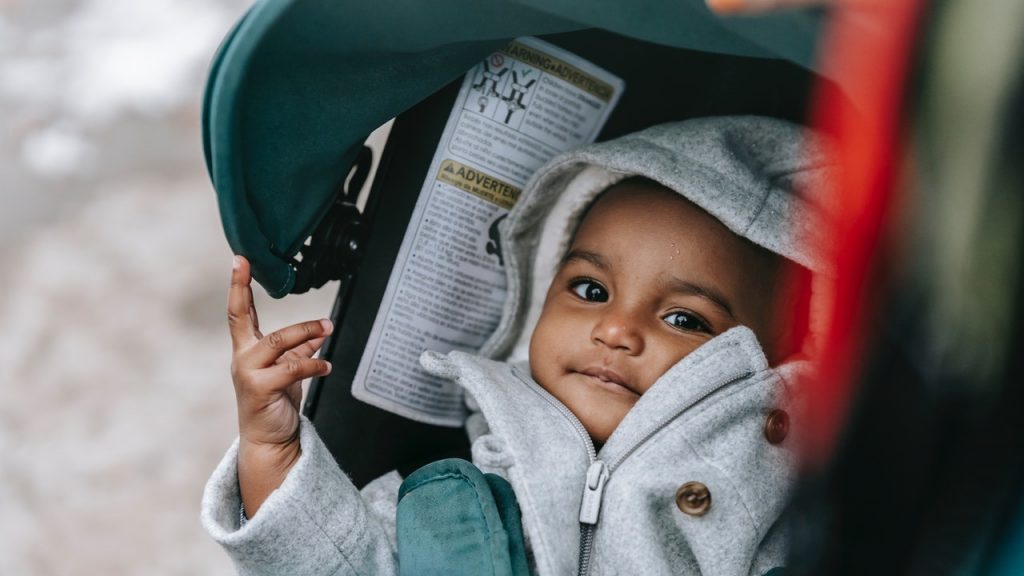