That said, you shouldn’t expect that a toy will have all that long of a lifespan in your household unless you have several kids coming up behind your oldest who may use the toys. That’s a bonus of course. For example, our boys both played with the wooden Thomas the Train track toys for years. Dollar per hour played, no toy comes close to those tracks and trains; not even LEGO.

That’s doesn’t mean all of the other toys they have were a waste. Some were, but not all.

It’s the same with toys.

Our boys have what I thought would be super cool toys but they’re not interested. One example is a toy robot that needs to be assembled. It’s probably a bit too advanced, especially when we got it, but it’s cool. I thought my oldest would love it. He’s not interested.

Contents show
Hallmarks of the types of toys that are worth the money
What does your kid like? Trial and Error
Quality
Complexity
Simple often better
Consumption toys
Reuse potential
Age-Appropriate
The Violence Issue
Sporting equipment
Board games?
The best toys we ever bought (we have two sons)
Wood train sets: Thomas, Melissa & Doug, Brio
LEGO
Hot Wheels Cars
PlayMobil
Kid-sized shovels for digging holes
Trampoline
Aero Props
Twister
What about video games? Worth the money?
More expensive doesn’t make them better

Hallmarks of the types of toys that are worth the money

Our two sons enjoy some of the same toys but also totally different toys. Our oldest never cared a bit for toy cars like Hot Wheels. Our youngest will play with Hot Wheels for hours.

Our oldest loves, loves, loves LEGO. Youngest… doesn’t care for it, but he loves imagination games with a sword and shield.

The point is watch what your kids play with and buy toys that cater to their interests. Sometimes you’ll get it wrong.

Both boys love the shovels we bought them for digging in the backyard. The $30 shovel has provided hundreds of hours of digging fun.

The quality of a toy matters too. You don’t want to buy junk that breaks. We bought what looked to be a fantastic Lightning McQueen racing track but it was junk. I was choked because my youngest was nuts about racing cars. We put it together but the track kept breaking apart. Of course a 5-year old doesn’t understand so I spent more time than I wanted to trying to keep the track together.

Often toys created from some movie character or brand isn’t all that high-quality. We bought a bunch of Mario toys, including Bowser’s castle and it’s a piece of junk. Difficult to assemble. Doesn’t stay assembled. A big disappointment. Of course, kids just want the stuff because of the characters behind it.

Low cost drones or any low cost remote control toys are usually garbage as well. If you want a good drone, you need spend some serious bucks. The $50 special isn’t going to cut it.

Motorized often doesn’t work as well as the manual version.

See also  How many nerf bullets should you buy with a nerf gun?

Our kids have toys that are beyond them. I mentioned a robot toy that needs to be assembled and synced with an app above. I think our oldest received it when he was 7. There’s no way he could have built it then. Not sure he could now.

I admit I’m a sucker for these types of toys. I end up doing the bulk of the work which isn’t really the point.

One hallmark of a good toy is one that kids can play with on their own unless the intention is to do it together.

I can’t tell you how many times our boys ended up spending hours with the simple toys over the complex toys.

For example, my oldest has a drone. He also received an aero prop pictured below. He and my youngest have spent hours with the simple cheap aero prop. They’ve used the drone maybe 5 times. Go figure. 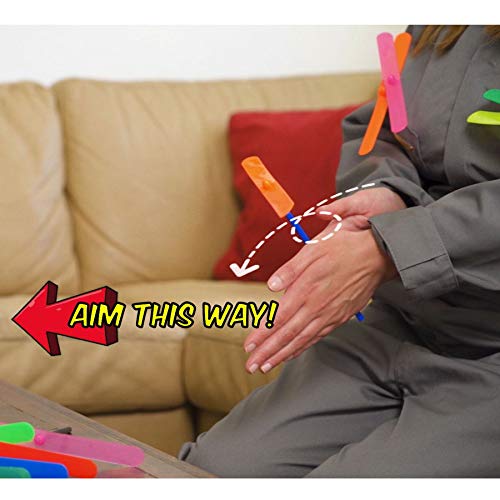 Simple means it’s simple to play with. No production. No batteries. No special space required. They just pick it up and play.

Consumption toys are toys with a one-time use. Think gingerbread house or crafts or geode kits or slime-making kit. Once you make it, the toy is done. The fact your kids finished should be rejoiced rather than bemoaned. If the toy is used, it’s a success. 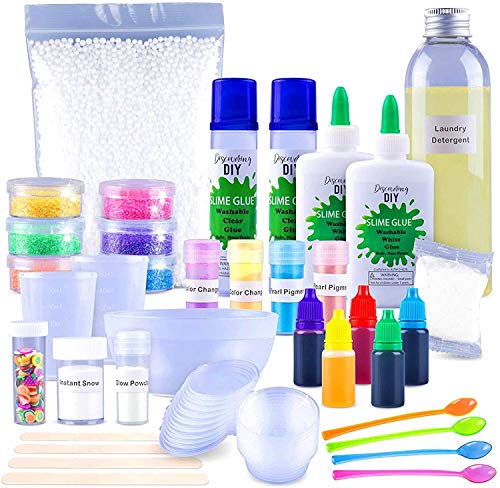 I’m a big fan of consumption toys. They’re usually of a creative bent and they have to follow instructions and figure things out. It’s a great process and fun. What 7 year old boy doesn’t love growing crystals or making slime? I’m sure there are many, but our boys love this stuff.

We don’t pay too much attention to the potential a toy will be used by our other son, but we do pay attention whether we think either son will play with the toy more than once.

I’d like to think we’re better at picking toys they like, but every Christmas and birthday we buy some duds.

I’ve definitely missed the mark here by buying stuff that was too advanced for my kids. I get excited wanting to play with it myself but it ends up just being me.

Board games fit issue here too. Our boys are 3.5 years apart so it’s hard finding a board game both can play. The oldest loves Monopoly. The youngest can barely play Junior Monopoly.

Some parents don’t want to buy any toy that replicates some kind of violence such as toy guns, swords, etc.

We don’t have that issue. We have Nerf guns, Super Soakers, Minecraft swords, etc. I get the concern over violence but when I was a kid, I loved toy guns (water guns, cap guns) so we have no issue with such toys. Each to their own though… I respect the right for parents to decide.

Whether sporting equipment is a worthwhile toy purchase or not depends on your kids. Our boys enjoy totally different sports. Our oldest loves mountain biking, tennis and skiing. Our youngest loves hockey and soccer… generally team sports.

This much is true and that is if your kid likes a sport, the equipment is totally worth buying. I generally will buy any gear they want for their chosen sports because I want to encourage it.

Both of our boys enjoy board games; our oldest more than the youngest. I was never into board games as a kid so I can’t say all kids like them. I found them boring to learn and play. Not sure why. My wife loves them so she buys them and it turns out our sons enjoy playing them.

What turned out to be the biggest board game hit, which really surprised me, was Twister. They always want to play Twister. I leave it to them. My job is to spin the wheel. I’m not into folding myself into a pretzel anymore.

The best toys we ever bought (we have two sons)

Over the years a handful of toys stand out as being exceptional purchases/gifts based on how much fun they had and how much they used the toys. 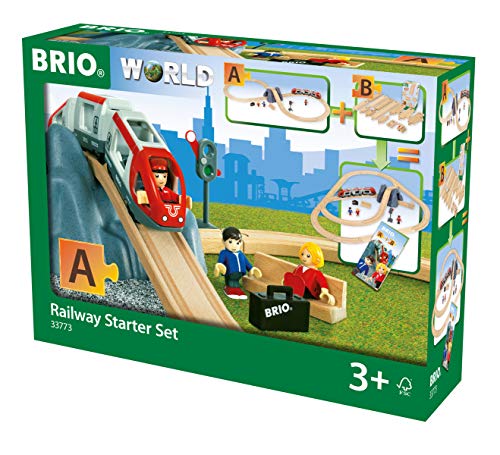 Both sons built hundreds of miles of track configurations over the years and spent endless hours with this toy. It’s not cheap but worth every dollar given how much fun they both had. 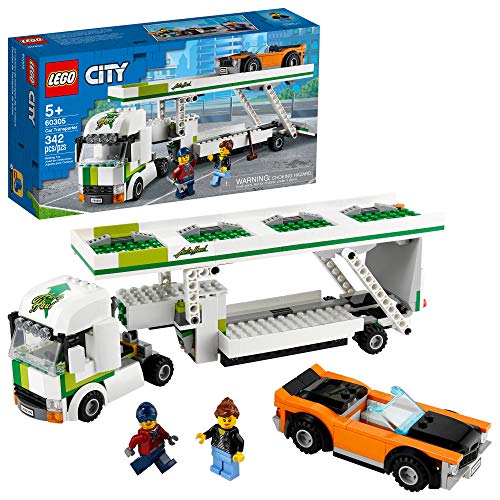 While our youngest isnt’ into LEGO, our oldest loved it from the start when he was five and still plays with it regularly which is no small feat given all the tech devices they also have at their disposal. 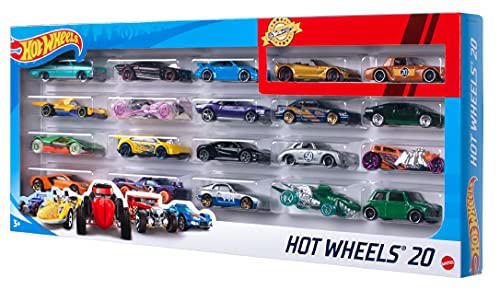 Just the cars, not the tracks. While the tracks look like fun, our youngest son simply loves racing them on the wood floor. 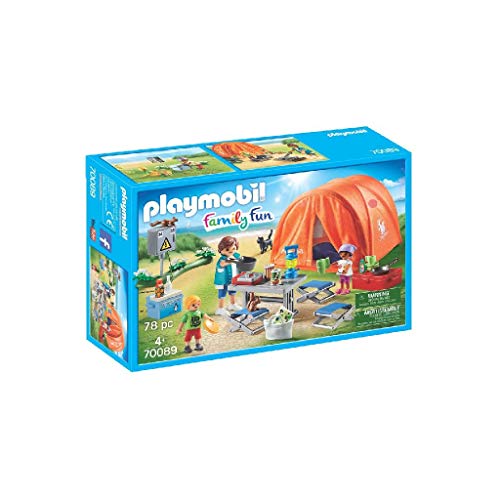 My neice who is six years old loves, loves, loves PlayMobil. So we buy her a set when she visits once a year (she lives far away). With multiple sets, she’s able to create quite the PlayMobil world.

And this illustrates the overarching point of which toys are worth the money and that is the toys your kids love to play with and do play with. They stand the test of time.

The thing is every kid is different. One kid might draw constantly (my older son has a friend who draws all the time). One kid loves to build. Another kid loves to race cars. You never know. 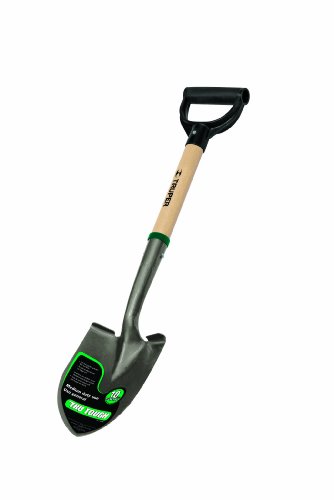 If you have a yard, buy some shovels at the local hardward store. We bought two. The used them all the time. Then neighbor kids came and they fought over shovels. I bought 4 more. Now they dig holes for hours.

Today’s trampolines with the safety nets are awesome. They’re far safer than when we were kids in the 1980’s. We constantly were flying off the side. Now they’re super safe. We started with a small 8 foot round trampoline when our oldest was three years old. He loved it. When our youngest turned 4, we upgraded to a full-size 14′ by 9′ rectangular trampoline. This must be one of the greatest investments we’ve made. They both go on there every day when it’s not raining. Even when it’s cold. If you have the room and the money, buy a trampoline. 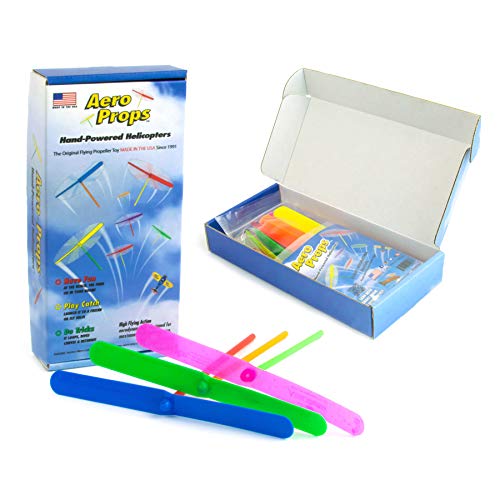 I love these types of toys. Super cheap yet loads of fun. It’s the classic manual vs. motorized toy. Our sons received one each as a gift about 6 months ago. 100 hours later, they still play with them. They’re great indoors. 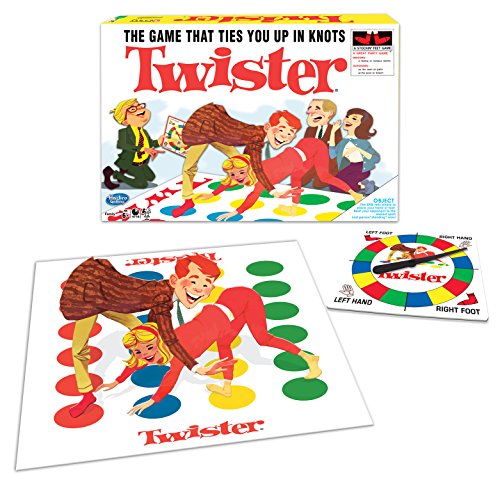 As mentioned above, Twister is by far the biggest hit of a board game in our house. I hated the game as a kid and still do but I’m glad they like it. I can spin the arrow all night long while lounging comfortably on the sofa.

What about video games? Worth the money?

Yeah, of course they are. Actually our kids prefer playing games on an ipad than a video game console. We have Nintendo Switch but I think I play that the most. Their the iPad generation and the amount of games available to them for free is mindboggling.

Are the games worth it? Is the iPad worth it?

Besides, I love using my iPhone. I enjoy reading the news, watching Netflix, reading books, YouTube, etc. I can’t very well forbit kids from using the very devices I use. It’s not like they are never going to use this stuff. When they’re older, all bets are off. They might as well be plugged into it now like their friends.

Overall, aside from the trampoline, spending hundreds of dollars on toys is not necessary.

The best toys for the money we’ve bought over the years are not terribly expensive. Okay, the wooden train sets cost more than you’d think but we ended up getting years of use out of them. LEGO is one of those up-front investments where you can build up a great collection that is used for years.

The rest of the hit toys that are used all the time don’t cost all that much. They’re simple, easy-to-use, require some imagination and don’t require a big production.

At the end of the day, the best toys for the money are the toys you kids play with.