Transformers are popular toys that mimic television shows and movies. While this toy has been hitting retailer shelves for years, recently, it has only grown in popularity exponentially. Trying to purchase this popular action figure toy for your child can be difficult, especially with so many toys on the market.

Luckily, we have put together some information on transformers and toys that are like Transformers to better help you navigate the murky waters.

What Is a Transformer?

A transformer toy is a popular toy that is made and produced by the American company Hasbro. Although it is widely produced in the United States by Hasbro, this toy originated in Japan and was produced by Takara. This toy features a robotic figure that can transform into a car, animal, or building.

These toys feature fully mobile and moving joints and limbs that help transform and change into a different figurine. Arms can be folded down, legs compressed, and joints turned to recreate other objects and animals. Transformers come in many styles, characters, and sizes, giving you plenty of options to enjoy this famous Hasbro toy.

Due to the popularity of the Transformer toys, there have been several spin-off creations, including comic books, cartoons, television shows, and movies. Generally, Transformers come in two varieties. The Autobot characters are usually considered the heroes of the franchise, and the Decepticon characters are the villains of the series.

Transformers are a hot commodity right now for both kids and adults. It seems that kids simply can’t get enough of this popular toy. Finding a Transformer toy can be tricky, but luckily there are several other toys and action figure options that mimic the look and style of Transformers. Below, let’s take a closer look at some similar toys like Transformers.

Many of the available vehicles are rescue vehicles, including a police car, a fire truck, helicopter, or ambulance. Transformers Rescue Bot toys are available as a single action figure or purchased as a four-pack. These toys are usually made of plastic and are suitable for children ages three and up. 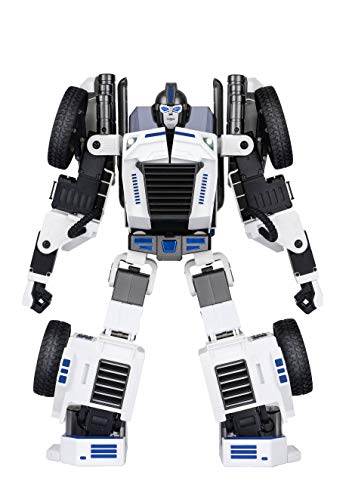 For much older children or adults, Robosen Robotics offers a fun, innovative toy idea similar to a traditional Transformer. These toys are very industrial and can cost a small fortune, with many models over $1,000. The robotic sets come in kids and can be assembled at home.

Recently, Robosen Robotics has put together a line of robots from the Transformers series, featuring an Optimus Prime toy for kids and adults to enjoy. Once assembled, these toys can transform by themselves, quickly moving from robot mode to their alt mode with just a touch of the button.

Like other transforming toys, the FUGZ Dinosaur transformers feature a toy that can be manipulated and turned into something else. This toy differs from the Transformer toys because this toy features a dinosaur, instead of a robot, as the main form. These dinosaurs are fun and unique and can twist and turn into vehicles or other animals.

The Dinosaur Transforming Toys are perfect for boys or girls and are great for three or older kids. 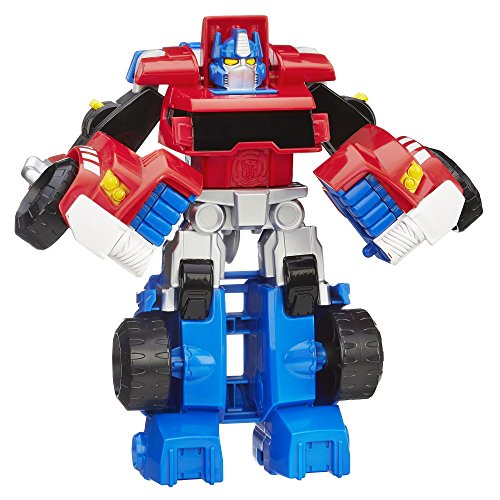 Perfect for a kid ages three and up, the Playskool Heroes Transformer line is ideal for young minds and hands. These toys are straightforward to move from robot mode to vehicle mode and often have an extra grip around the parts where a kid will need to pull and manipulate the toy. The Playskool Heroes line features several transforming characters that look like a robot on the first inspection.

But, with a simple twist of a leg, bend of an arm, and pull of the head, the robot quickly transforms into a rescue vehicle. These toys can be sold individually or purchased as a four-pack featuring a range of different rescue vehicles for kids to enjoy. 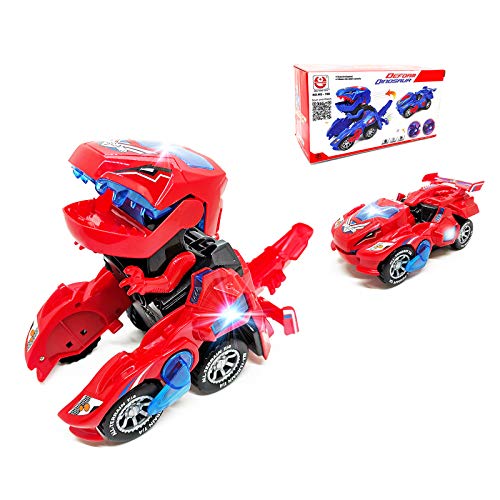 Like other transforming toys, the FUGZ Dinosaur transformers feature a toy that can be manipulated and turned into something else. This toy differs from the Transformer toys because this toy features a dinosaur, instead of a robot, as the main form. These dinosaurs are fun and unique and can twist and turn into vehicles or other animals.

The Dinosaur Transforming Toys are perfect for boys or girls and are great for three or older kids. 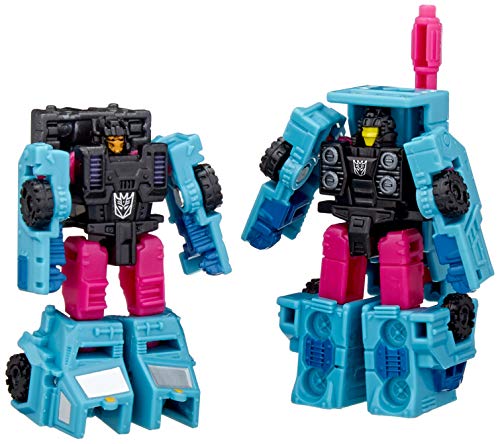 As part of the Transformer series, micromaster toys were designed to be incredibly small and built with fuel-efficient bodies. In comic books and television shows, the micromasters are regularly featured and offer big help in small places. The toy line of micromaster toys follows, and these toys are generally much smaller in both design and size than a traditional Transformer toy.

Still, these toys feature the same style as a robot that transforms into a vehicle, animal, or another being.

What are Transformers toys made out of?

Generally speaking, most transformer toys are made from plastic. This plastic is lightweight and durable for kids to use. Some of the deluxe and special transformers robot options, like the Robosen Robotics options, are made of industrial materials and are made of metal.

Due to these toys’ complexity and the high price, these toys are usually reserved for the adult transformers fan.

Transformers have been around for years, and many of the vintage, original toys are still available. However, it can be pretty tricky tracking down vintage Transformers. Expect to pay a hefty price tag, especially for hard-to-find or rarely-produced toys.

Some Transformer toys have sold for close to $1,000 simply because they were a limited production toy in the Transformers line and are in high demand.

Where can you buy transformer toys?

Today, many different Transformer character options are available at major retail stores and online retailers. Due to the popularity of this robot action figure, they are readily available at stores like Amazon, Target, and Walmart. For high demand for popular characters, expect to search a little longer and harder.

The Optimus Prime figure, Jetfire, and Ironhide characters continue to be the most popular character options.

How much is a transformer toy?

One of the nice features of these famous characters is the wide range of availability. Transformers and transformer toys similar to the original come in all price points. Parents can easily find a four-pack of Rescue Bots for $20 online.

Or, people who are die-hard fans can spend over $1,000 for a genuine and functioning Transformer that moves from bot mode to vehicle mode with the touch of a button.

What ages are transformer toys for?

Transformers are a great toy that is suitable for kids of all ages. Because of the complexity of this toy, it is best used with kids who are three or older. However, the sky is the limit with how old one can be to still play with Transformers.

Many vintage Transformer toys and robots are clearly designed for adults who enjoy playing with this toy.