Rubik’s cube is an iconic toy. It debuted in 1980 and has tested and challenged people all over the globe ever since. It’s often thought that people who can solve a Rubik’s cube are smarter than those who can’t, but this isn’t true.

Instead, people who enjoy (and solve) the rubik’s cube simply enjoy that type of puzzle. If you have a brain that enjoys recognizing patterns, figuring out how things work, or solving algorithms, you probably enjoy the cube.

There are many toys like rubiks cube that can provide endless hours of entertainment. Of course, you can also impress your friends with your ability to solve the challenging puzzle.

What is the Rubik’s Cube?

The Rubik’s cube was originally known as the Magic cube. It was designed in 1974 by Ernő Rubik. It was licensed by Ideal Toy corp in 1980, where it quickly gained worldwide popularity.

Rubik’s cube was eventually purchased by a Toronto-based spin master. The original cube had stickers. Each of the six sides had nine stickers of the same color. To solve the puzzle, you would turn the sides until the colors were scrambled. You’d them keep turning the cube until all the sides were one color again.

In addition to toys designed by Rubiks, there have been many variations on the Rubik’s cube over the years. Many of today’s Rubik’s cubes have replaced the colored stickers with colored plastic pieces to increase durability.

The mini rubik’s cube is 2x2x2. The standard size cube is 3x3x3, and the 5x5x5 is known as the Professor’s cube. In addition to the standard square cube, there are shapes including rectangles and triangles.

Rubik’s cubes are created by a wide variety of brands. These cubes aren’t sold under the Rubik’s brand, but are still colloquially called rubik’s cubes.

Other Toys Under Rubik’s Brand

There are several toys designed by Rubik’s cube creator and sold under the Rubik’s brand.

The Rubik’s Domino uses the same premise as the Rubik’s cube. It has 18 small cubes instead of the standard 27. Instead of colors, each cube looks like a domino.

If you are looking for a challenging puzzle, the Rubiks Ufo is another puzzle in the popular line. It has two ufos that move independently.

Each ufo is divided into 6 parts. While it looks simple, there are 39,916,000 potential combinations. Of course, there’s only one solution. 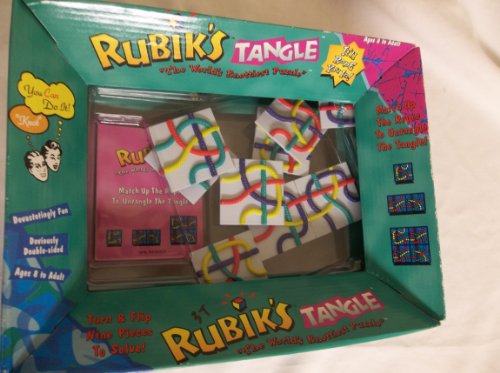 The Rubiks Tangle is a rare toy these days, but it provides a challenge. The original Tangle had 24 tiles, each with four strings. To solve the puzzle, you need to line up each of the strings. Another tile could be added to complete the puzzle, or you could place the tiles on a cube.

In addition to the iconic toy, there are several modern interpretations. Just like the Rubik’s cube, these are brain teaser puzzles.

Toys similar to Rubik’s cube include:

The impossiball is a similar concept to the cube, but it’s in a sphere shape. To solve the puzzle, you’ll need to move 20 tiles into the correct position. This creates 12 circles. Each circle will be one of the six colors. 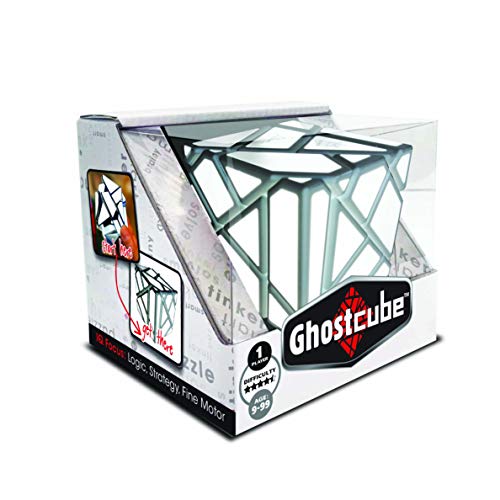 The ghostcube ranges from 2×2 to 7×7. Unlike other moving puzzles, there are no colors. Instead, the object is to create a cube.

The pieces are made of different shapes. They will only make a cube when each piece is in the correct position. Because it’s impossible to know when the center orientation is correct without marking it, the puzzle is incredibly difficult, but it is solvable. 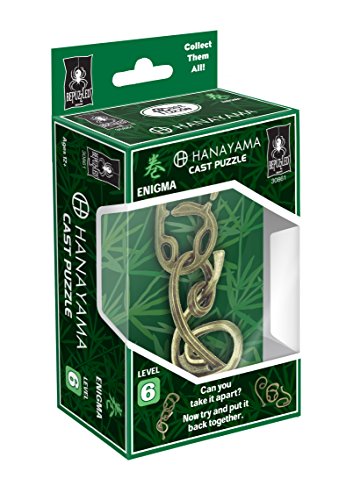 The Enigma Brain Teaser is one of several puzzles that provide a few metal shapes. The object of the puzzle is to take the tangled pieces apart, and then put them back together again.

The original Perplexus required you to navigate a small steel ball through an intricate maze. Today’s versions are a hybrid of Perplexus and Rubik’s cube. You’ll have to twist pieces like the cube, and navigate the maze with the small steel ball. This labyrinth toy provides lots of fun and quite a challenge.

Other Popular 80s and 90s Toys

Not all the toys that gained fame in the 1980s and 90s were brain teasers. Along with the Rubik’s cube, other toys found iconic status as well.

The Tamagotchi was the predecessor to today’s app-based virtual pets. It was a keychain-sized device with a small screen. Buttons allowed you to feed and care for your pet. While it was originally invented in the 60s, it experienced a 90s resurgence.

The Cabbage Patch Doll became must-have items. The doll featured a large round face made from plastic and a soft body. When you purchased a doll, you received an “adoption certificate” with the doll’s name.

The Viewmaster was another 80s icon. Place a round wheel in the red viewfinder and pull the handle to move between pictures. It’s the closest thing the 80s had to Instagram.

Can you solve a rubik’s cube in under 5 seconds?

Yes. At least if you are Yusheng Du, who solved it in less than 4 seconds. However, if you aren’t a world-renowned speed cuber, it’s unlikely to solve it that quickly.

Are There Rubik’s cube-solving competitions?

Yes, there are cube solving competitions. Official competitions are held by the Rubik’s brand, and require teams to use Rubik’s cubes. These may be either 2×2 or 3×3 cubes. Puzzle solvers may play as part of a team only, or on team and solo competition.

Do brain teasers make you smarter?

Unfortunately, recent research shows no benefits in terms of overall intelligence from brain teasers. Instead, they say that brain teasers help you learn to solve brain teasers, and this knowledge isn’t likely to carry over into real-world applications. However, anecdotal research suggests that they may provide some benefit. At the very least, they may be helpful for people who want to improve their focus or attention span.

How quickly can AI solve a Rubik’s cube?

If you thought solving the cube in under 4 seconds is impressive, how about less than 1 second? An MIT robot managed to solve the standard 3×3 cube in .38 seconds. It’s a mind boggling feat. The robot was equipped with a program to solve the cube, and cameras to determine the initial state of the puzzle. Then, it was only a matter of extremely efficient motors to allow the movements necessary to solve the puzzle.

See also  17 Toys for Kids Who Like to Read

You Can Do the Rubik’s Cube program is a STEM curriculum designed for the Rubik’s cube. Math lessons can include proportions, fractions, and statistics. It’s algorithms also make it perfect for studying computer technology.

Which is the hardest toy like Rubik’s cube to solve?

Pentamix is considered the most difficult variation on the original cube. With over 975 parts and 1,200 stickers, you can do the math on the possible combinations. It’s intimidating and intriguing, offering a unique opportunity for avid puzzle solvers.

Can a Rubik’s cube be unsolvable?

Yes, they can be unsolvable. This happens most often when a corner piece gets rotated. Other movement combinations can also render the cube unsolvable. To fix it, you’ll need to disassemble the cube and put it back together in the solved position.