Initially released for the holiday season of 2016, Hatchimals quickly became a popular craze for kids around the world. Between the interactive nature of the toy and the ongoing development, the Hatchimal captivated children and became a popular holiday toy option for families. The popularity of this toy prompted several new toys, similar to a Hatchimal. Below, let’s take a closer look at comparable toys like Hatchimals that feature similar styles and popularity.

What is a Hatchimal?

The Hatchimal has been described as a cross between a Furby and a Tamagotchi. This toy comes in an egg, so part of the fun of this toy is the hatchimals surprise of not knowing what toy you will receive once it hatches. The Hatchimal goes through three life stages consisting of the baby, toddler, and child, and it is up to the individual to raise the Hatchimal through all the life stages successfully.

The Hatchimal can learn to do tricks, to speak, eat, and go to sleep at a particular time. The “AI” and “teachable” elements of the Hatchimal are really what make this toy so popular.

Because of the initial success of the Hatchimals toy, it has prompted parents to search for other similar yet easier to find alternatives to give their kid. Luckily, there are plenty of toys like Hatchimals that are easy to find and mimic the popular toy.

The predecessor to the Hatchimal was the Furby. This popular toy swept toy shelves through the late 90s and early 2000s. This toy was a small, furry creature that had to “learn” behaviors. The Furby could learn to speak and communicate with other Furbies if paired closely together.

See also  Are Toys Recyclabe? If So, Where and How?

The Furby could also start to learn English and tricks if you spent enough time training new behaviors. Although this was a popular toy, the Furby went out of production in 2018 after several evolutions and changes.

One of the Furby evolutions that attempted to revitalize the toy was the Furby Boom Egg. This toy is a small, handheld-size Furby that comes in a pack of three. Like a Hatchimal, the Furby is packaged in an egg, so your child will not know what they are getting.

The toy will be a surprise once you open the egg to reveal your Furby. The Furby Boom Egg will connect to an app on your phone, allowing you to care for your Furby. Like the previous evolutions of Furby and like the Hatchimal, your child will have to feed and care for your Furby so that it can grow and develop. 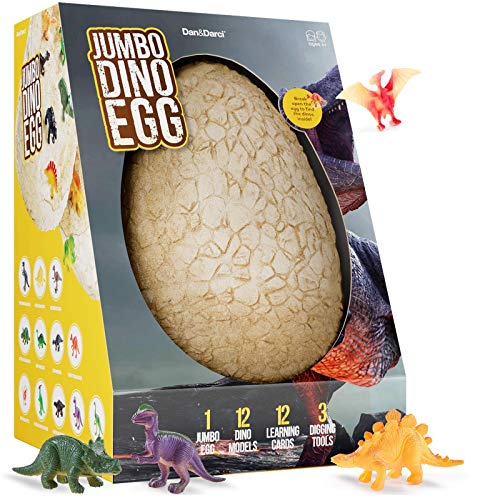 The Dinosaur Egg created by VidaToy is a popular and cheaper alternative to the Hatchimal. At just $10, this toy could make a great stocking stuffer for children. The toy is hidden in an egg, so there is still the element of surprise, revealing what toy your child will get only after the egg is open.

In the following days, with the proper care and attention, the small dinosaur will grow to six times its size, giving you an instant reward for caring for your dinosaur. 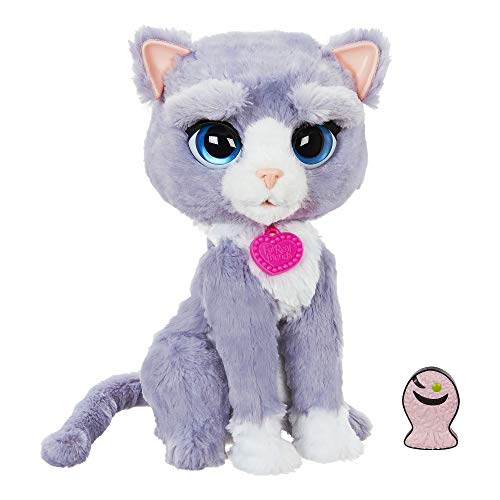 Created by Hasbro, the FurReal Friends are stuffed and interactive toys that can make a great gift for your child. One of the most popular FurReal Friend was Bootsie, a cat. Just like a Hatchimal, this toy is interactive and behaves like a real animal.

The cat will purr and cuddle and even cycle through different moods, depending on the level and amount of care and attention the toy receives. These toys sell for a little over $30 and are a great alternative to the Hatchimal toy. 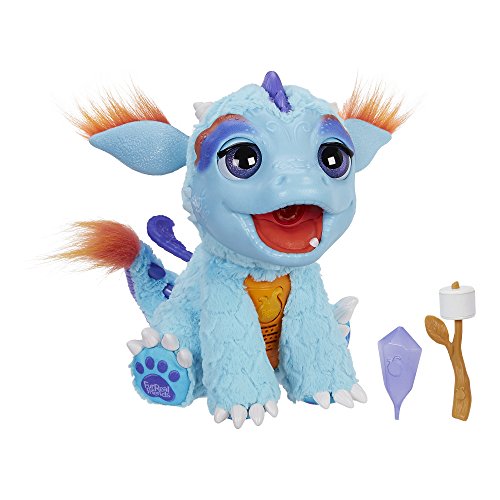 Like the Hatchimal, Torch is a plush toy that children will love. This toy is technically a type of FurReal Friend, but this particular model is a popular and highly interactive option. The toy features over 50 different sounds and movements that respond to interaction.

Although this is a popular alternative to the Hatchimal, expect a hefty price tag. Finding Torch can cost over $200 because of its intricacy and popularity.

At one point, Hatchimal toys were flying off the shelves, similar to the Cabbage Patch Doll craze of the 1990s. The popularity of the Hatchimal toy prompted several other similar toys offering a suitable and available alternative. Sifting through the toys like a Hatchimal can be difficult, with so many to choose from.

Luckily, we have put together a list of some commonly asked questions surrounding toys similar to Hatchimals and about Hatchimals themselves to help you better understand the various options.

How do you hatch a Hatchimal?

The hatching process for your new friend is the first step in getting to play with this interactive and exciting toy. But, children will have to do a little bit of work to coax their animal out of the speckled egg. Children will have to rub, touch, and talk to the egg to get the animal to come out.

Are Hatchimals worth anything now?

Although this toy is mainly available at online retailers and popular stores, some used, more rare colors and styles of Hatchimals can still be worth money. At the higher end of resale, some used Hatchimal toys were selling for $150 to $250 each.

On average, it takes about 10 to 40 minutes to get the egg to hatch.

Where to buy Hatchimals?

At one point, Hatchimals were the most popular hot toy, similar to the Cabbage Patch Kid craze, and finding a toy, especially around the holidays, was impossible. Luckily, as the popularity of this toy has died down, it is becoming more available at a wide range of locations. Hatchimals can be found at conventional retailers, like Walmart and Target. Usually, toy stores will carry Hatchimals also.

You can also turn to the internet to find this toy, with shops like Amazon carrying a range of Hatchimal options for buyers.  An online retailer is a good place to find a variety of Hatchimals to choose from.

What age group are Hatchimals for?

The Hatchimal is a fun and interactive toy designed for children ages five and older, perfect for a little girl or little boy. That being said, many older children and even adults enjoy hatching and caring for the Hatchimal through all stages of its development.

What do I do if I can’t find a Hatchimal?

Hatchimals were the popular toy craze just a few years ago, so it makes sense that this toy can be hard to come across. Luckily, several similar toys mimic many of the same behaviors and interactive play as a Hatchimal. The FurReal pets, Furby toys, and Dinosaur Eggs all make wonderful toys similar in style to a Hatchimal.

See also  Where Can You Buy Used LEGO Sets?

These toys require the child to work hard to raise and nurture the toy to grow and develop through several life phases. These toys can “learn” new behaviors and give your child a companion that reflects his or her hard work and attentive behavior.

How much do the big Hatchimals cost?

Depending on the store and the type of Hatchimal you purchase, the price can vary slightly. Expect to pay between $50 and $60 for a Hatchimal. However, at the height of the Hatchimal craze, when it was impossible to find this exciting toy, many people were paying hundreds of dollars just to have the popular toy sit under the Christmas tree for their kids.