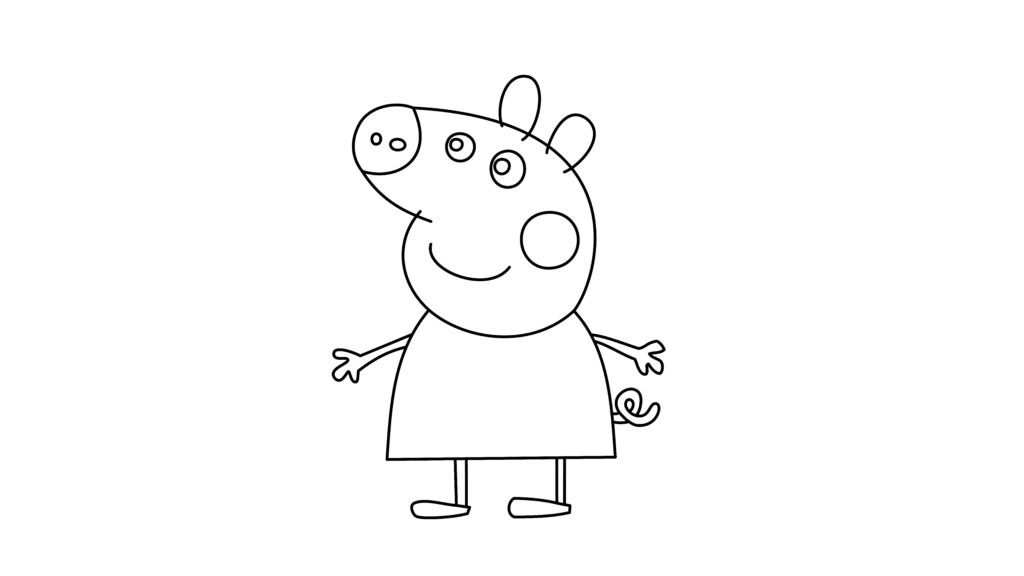 My first grandchild was born in 2013 in the British animated television series Peppa Pig first hit the airwaves in 2004. This means I have been watching episodes of Peppa Pig free ears since my grandchild now has four siblings. They are all fans of Peppa who is created by Astley Baker Davies. She is an anthropomorphic female pig in the episodes that follow her as she interacts with her many friends and her pig family members. This extremely popular kids show is broadcast throughout the world in a total of 180 different countries and its latest season hit TV screens in May in the United States.

Peppa’s family includes her little pig brother George, her mother Mummy Pig who actually works as a firefighter and Daddy Pig who has glasses and trouble reading maps but seems to be a very happy fella, even when dealing with Mr. Potato who insults him on the regular. 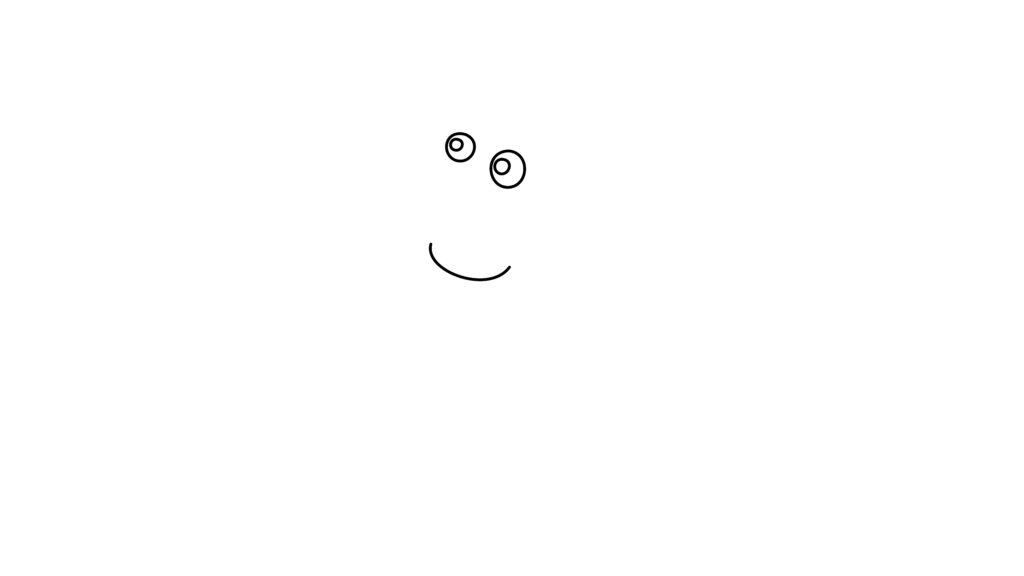 We are going to start drawing our version of Peppa Pig by beginning with her face and head area. Simply draw two eyeballs and a mouth for her. You will want to ensure the features are set up to reflect that her head is tilted.

See also  How to Draw a Kitten in 9 Easy Steps 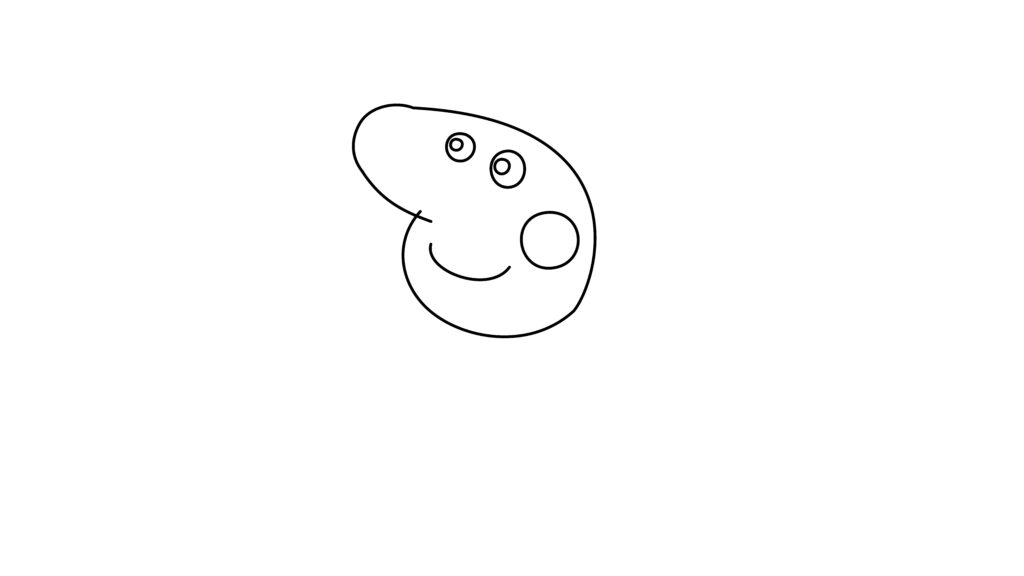 Begin to draw a circle around the eyes and mouth you have created and then extend it out on the left side to form a nose for your Peppa Pig and then finish enclosing the circle that forms her head. 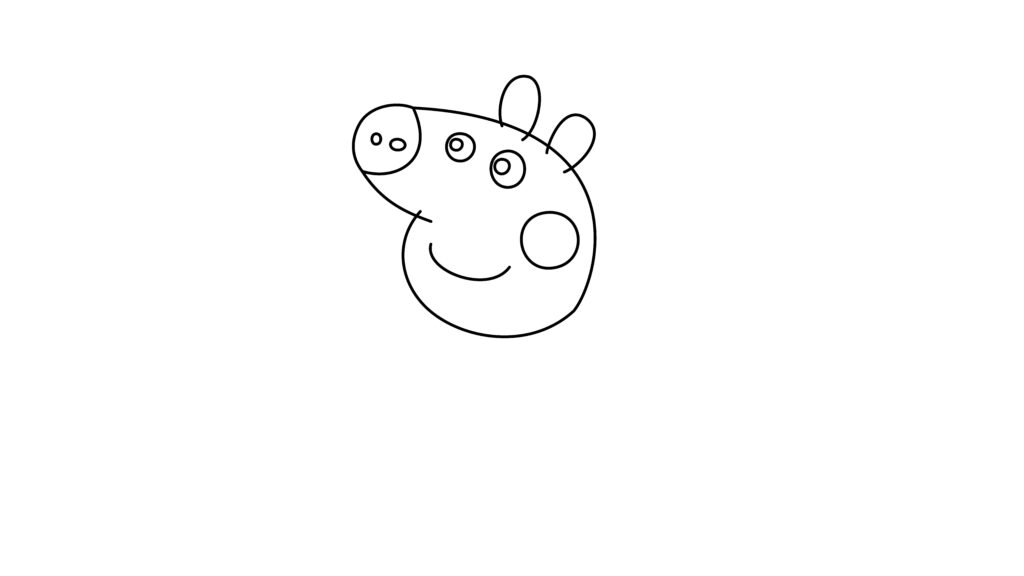 Draw a half-circle around the edge of the nose and add two circles to form her nostrils. You can also draw two upside-down U-shapes on the top of her head to form her ears. 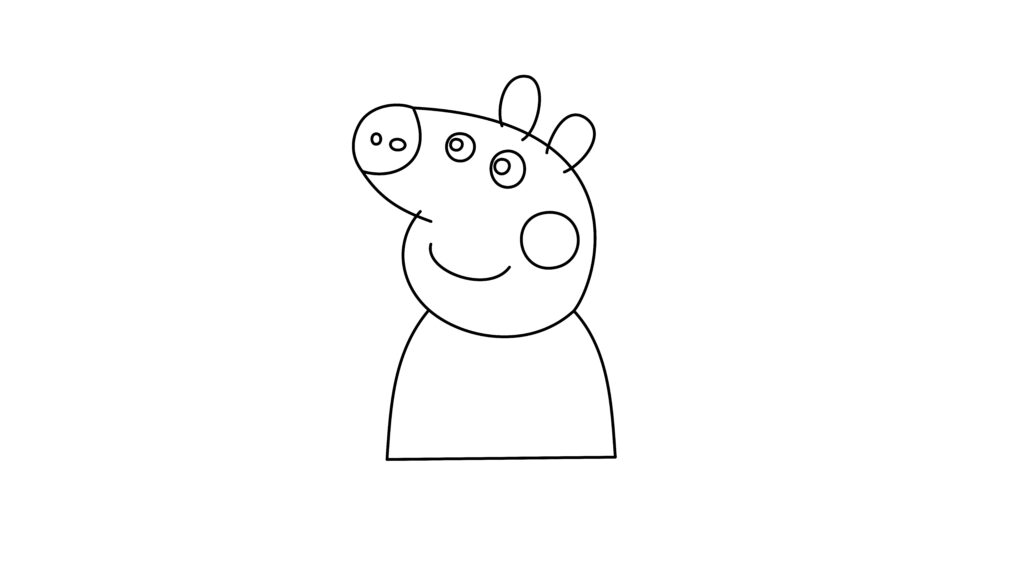 You can now add a complete circle on her cheek to give her cute rosy cheeks and then start at the base of her head and draw two curved lines downward and join them together with a straight line to form the top half of her body. 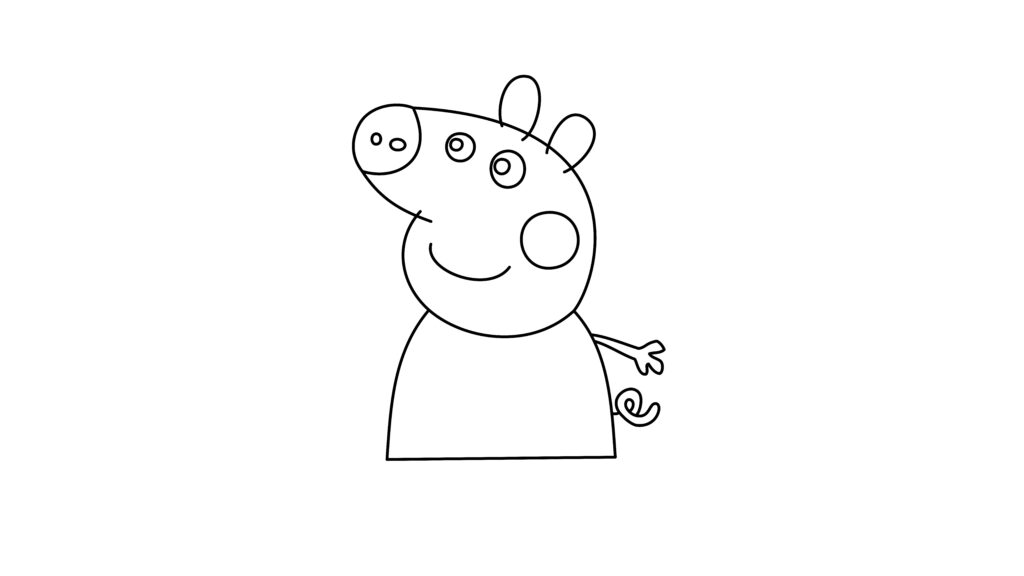 You can now draw a straight line and add three fingers in a straight line back into Peppa’s body to form an arm and a hand and on the same side, draw a squiggly tail because no pig is complete without their tail, including Peppa. 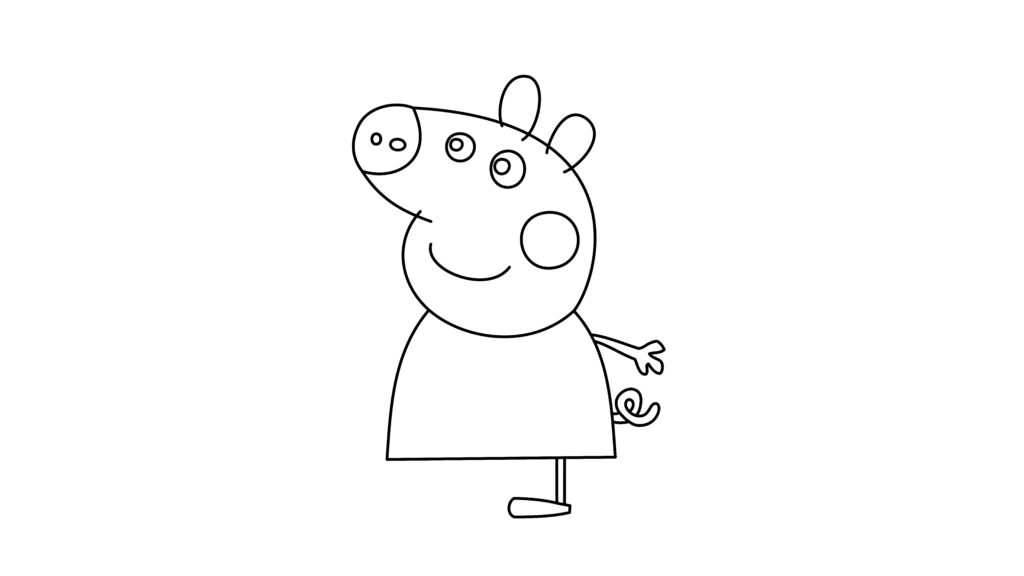 In this step, you will want to draw two straight legs downward at the bottom of her body and add an oval type shape for her feet as shown above.

Step 7: Finish Up By Drawing The Other Arm & Leg

Repeat step six so she will have two feet and you have now drawn your first picture of Peppa Pig that you can show off to all of your friends and family. If you want to add some finishing touches to her, you can certainly use crayons, colored pencils, or pains to fill in your drawing and make it even better.

See also  How to Draw a Rhinoceros in 10 Easy Steps

Younger children as well as older kids and even some adults not only enjoy watching episodes of Peppa Pig but they love to color pictures of her and some even like to draw pictures of her. If you have ever wondered how to draw Peppa Pig, this article is for you. We’re not only going to show you and explain each step in how to draw Peppa Pig but we have a video to go with it that will help you out even more. Just follow the simple steps below and you will be able to create your first ever amazing drawing of Peppa Pig.

Young children and even some older children and adults enjoy watching Peppa Pig. They also love to use our Peppa-Pig coloring pages that can be printed out and used as individual coloring sheets or put together to create an awesome coloring book.