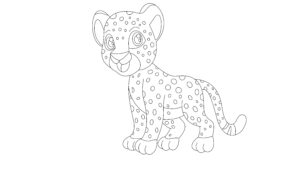 How To Draw And Color A Cheetah (For Kids)

Follow along to learn and see how to draw a Cheetah. It's so simple and you'll be amazed at how realistic it looks. Make any changes you want to make it your own.
Print Craft Pin Craft
Prep Time 5 mins
Craft Time 10 mins
Total Time 15 mins

If you follow this step-by-step guide, you’ll master drawing a cheetah in no time.
Keyword Cheetah drawing, How to draw, how to draw a cheetah
See also  How to Draw a Starfish in 9 Simple Steps