Our fascination with the unknown has always driven us as humans. Our unending thirst for exploration has allowed us to accomplish incredible feats, and one of these is air travel.

To re-live the thrill of our accomplishments, we have taken to engineering them into toys. My kids are especially enamored by toys’ mystery and excitement, although I thoroughly enjoy them too, and I know so do many other adults!

Besides, I may look older on the outside, but I am still young at heart on the inside!

The majority of toys that fly have been modeled after a real aircraft. They include Helicopters, Quadcopters, Drones, Flying balls, Kites, Airplanes, and other types. A remote control device works to operate most flying toys. They can are powered by batteries, electricity, gas, strings and vary in size and weight.

As long as there is still exploration to be done, there will be toys. Some people remain passionate about toys their whole lives and have constructed spectacular life-size aircrafts that use the most advanced technologies. Let’s take a look at some fantastic toys that fly!

If you take a good look around, you’ll notice that flying toys nowadays come in all forms, shapes, and sizes. They are sometimes modeled after real-life aircraft like in the military or replicas from movies, series, and even cartoons!

The majority of flying toys work by using a controller to steer them in the desired direction. These types of toys usually include helicopters, planes, and drones, and they come equipped with advanced technologies that help them lift off the ground.

Some may be powered by batteries that are rechargeable, while some have opted to install electrical motors. If you’re looking for something epic, look to gas-powered flying toys and those that work with infrared technology.

For those who are a little old-fashioned, we still remember toys that fly using the wind. Foam aircraft and kites have held their ground against technology for quite some time now. They are relatively inexpensive and accessible to a much wider group of people.

Sci-Fi flying toys have also appeared, relating to shows such as Star Trek or Star Wars. The U.F.O. flying ball toy is such an invention. Instead of flying it using a remote control, the child may steer it about with their hands without touching it. They will have the sensation of being a magician.

Ever wanted to live in a fairy tale world? Well, now you can! Fantasy becomes a reality with flying fairy dolls. They are perfect gifts for those who enjoy the theme of magic and mystery. They operate using a remote-control device and infrared technology.

Which Flying Toys are Remote-Controlled?

There is an insurmountable selection of remote-controlled flying toys, so much so that I couldn’t have added them all even if I wanted to! Let’s have a look at some great selections:

Sometimes, as parents, we purchase a toy only for the benefit of our children. And, on occasion, we parents buy a toy because we believe it’ll be cool, assuming that the child would agree.

So nowadays, children may not know about Star Trek’s U.S.S. Enterprise, but this toy will surely pique their interest!

For kids, flying a drone is very cool, especially a spaceship drone.

This one lights up and makes ten different noises. If your child is familiar with Star Trek, I’m guessing they think of Chris Pine as Captain Kirk. (My condolences). Even when we all know William Shatner to be the only true Kirk, you might have to give this one to the youngster.

Even better, locate a free Saturday and watch the original series with the youngster so he can see the reality. (They get bonus points if they sit for the entire first 15 minutes.)

You’ll want to be cautious while shopping for the best remote control flying toys for younger children.

We all know that children can easily set new records for shattering things regularly.

They love practicing their baseball swing, playing catch, and chasing the dog around the house, and so it seems like the last thing you’d want to purchase them is a drone!

However, because this Holy Stone replica is so inexpensive, you won’t have to feel bad if the youngster smashes it.

All four blades of this quadcopter have protections surrounding them, which helps to keep the unit in one piece when it collides with anything. It includes an auto-hover mode, which allows youngsters to fly it without worrying about height control.

Who says you need wings to fly? These flying balls are akin to helicopters and come equipped with a colorful L.E.D. Light. In essence, it acts as a mini-drone for exploration purposes.

This simple, interesting gadget has been designed for beginners. Switch on the ball, and give it around 5 seconds to take flight and safely hover.

You are then free to use the remote control to switch the lights on.

They can come in packs of four and are relatively cheap, so handing them out to multiple kids will create a wonderful atmosphere of inclusivity. They come with rechargeable batteries and take about 25 minutes to charge fully.

What are Some Toys that Fly on a String?

Toys on strings may seem like an outdated concept for most people, but there’s a reason why stringed toys like kites have survived since 549 AD – they are inexpensive and straightforward to make, easily accessible – they require little investment for maximum fun!

Kites come in various exciting and colorful designs, but they all have the same purpose: to fly and impress!

They are made using different materials that each adds to the characteristics of the kite. Specialized ripstop nylon fabrics also add to their durability.

Modern kites are usually equipped with reinforced lines so that they don’t snap, as well as a sturdy handgrip and storage sleeve.

Here is another simple yet fun toy that can keep you and the family entertained for a good number of hours!

This toy creates some terrific glowing lights and even boasts a glow-in-the-dark feature for when the L.E.D. Lights go out. It’s one of the most inexpensive flying toys available. You can also give it a whirl inside the house if you have a big enough room, so it even works in Winter.

Which Flying Toys Use Gas?

The answer to this question is the big, beautiful and scary ones! When you step into the realm of gas-powered toys, you know things are getting serious.

These kinds of toys usually make use of the best mechanical and technological advancements, and this also means they are just a little pricey.

They may be pricey, but any flying toy enthusiast would be thrilled to be the lucky owner of one of these beauties.

They come equipped with significant safety measures and easy-to-learn controls that will make picking it up a breeze.

Their dimensions are on average 51.38 x 17.75 x 11.25 inches. Due to their gas-powered engines, they may require some expertise to understand.

Which Flying Toys Use Electricity?

Aircraft toys make up the majority of electric flying toys. They are the step-up from foam flying toys and usually come with rechargeable batteries.

In addition, they have the option to be used in low and high gear.

Low gear enables the toy to stay airborne for an average of 10 seconds, and high gear can remain airborne for 20 seconds.

They are usually made from light yet durable plastics and are powered by a light propeller motor that stays airborne. Some engines automatically start when they are thrown. Some even come equipped with a built-in gyro sensor!

What are the Best Selling Flying Toys in the U.S.?

You ever wondered how well a specific flying toy sells? Let’s take a look at the five most popular flying toys in the U.S.

It’s pretty clear that the best-sellers are not always the priciest flying toys but rather the ones that can offer the most fun while requiring the least amount of effort or preparation. Furthermore, they also need the use of the most impressive toy, our imagination!

Are Flying Toys Safe for Kids?

Young kids need to learn to be confident by stepping out and exploring their surroundings. Toys are a great way of accomplishing this, although it’s wise to be aware of potential dangers.

Some toys have minimal parts that are potential choking hazards or sharp edges that may pose a potential threat when thrown at each other. Make sure that you check the packaging for any warning labels to make an informed decision on which flying toys may be a suitable fit.

That being said, use your reasoning because it will more often than not be more attuned to your specific child’s needs rather than public opinion.

What are the Most Impressive Flying Toys in the World?

As with anything in life, some individuals love going the extra, extra mile and genuinely bring creativity to life! You’ll find a handful of mind-boggling inventions that is guaranteed to leave you smiling ear-to-ear.

This magnificent flying machine is an exact replica of the military cargo Airbus A400M from the famous movie “Mission Impossible 5,” with the leading actor Tom Cruise.

It weighs a total of 92.5 pounds, and it makes use of four Hacker motors that are capable of producing 6000 watts of energy.

It also has two radio systems with a total of 18 servos. The Military Airbus A400M made its first debut at the airliner meeting in Göppingen, Germany. Onlookers were in awe of its intricate detail and how on-point every measurement and element resembled the original.

The model boasts a wingspan of 145.6 inches, while the main body has a total length of 149.6 inches.

This incredible machinery was modeled after the actual Boeing 747 Jumbo jet, and it sounds just like it too!

It is 1/13th in size, which makes it an enormous and somewhat overwhelming toy.

It boasts a wingspan of 16 feet wide, and it’s nearly 18 feet long. It weighs a staggering 150 pounds, making it one of the heaviest “toys” in the world. The engine noise sounds the same as the real thing, especially when it takes off and lands.

In total, the entire construction of the Boeing 474 plane took an impressive 2000 hours to complete! Four IQ-Hammer turbines power this crazy toy.

This aircraft is a replica of one of the world’s most advanced spy planes used by the C.I.A. It appeared in the movie “X-Men.”

Its design allows it to fly effortlessly through the sky, make twists, turns, and loops, all the while keeping its perfect balance and speed.

This beauty was designed by Lothar Heinrich and made its first flight debut at the Oberon Heusen jet meet event in Germany.

This speed demon is powered by twin JetCat P200 turbines, producing a sturdy 57 pounds of thrust. To put it in perspective, the amount of thrust output enables it to reach speeds of 170 miles per hour (Who wouldn’t want such a blind-blowing toy!).

Its wingspan of 97 inches, a total length of 177 inches, and weight of 77.1 pounds allow this toy to reach its staggering speeds while maintaining perfect balance and maximum excitement!

There are many different types of flying toys, with a niche for every kind of toy-lover. Pick your favorite, and invite your friends and family and let the fun begin!

FliteTest: Getting into Gas Planes – Breaking in an Engine 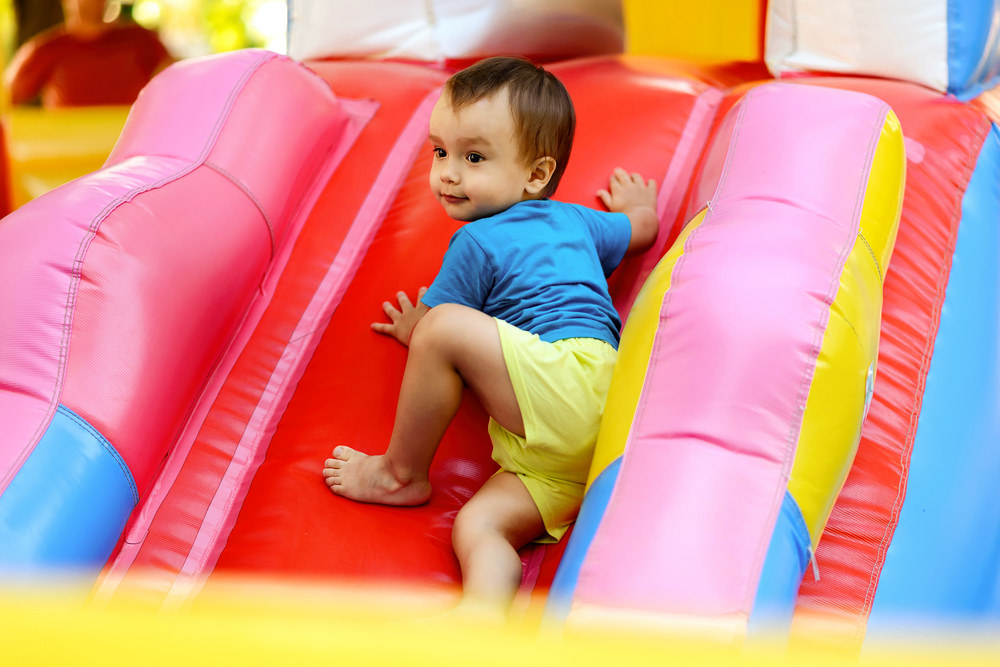