Lite Brite is a classic toy many of us remember from our childhood. Simple and innovative, children spend hours creating art with the toy. The toy has continued to be a favorite among kids and parents alike.

The original Lite Brite debuted in 1967. The simplistic toy allowed children to create artwork that lights up, hence the name.

It consists of a light box. The box has a lightbulb hidden inside. The front of the light box has a peg board. To create a picture, you place the pegs into the holes in the peg board.

The original model had opaque black paper that went over the pegboard to provide a backdrop for the pegs, which light up.

The colored translucent plastic pegs are used to create images. It included pictures that allowed children to follow an outline to create a picture, as well as free-form black construction paper.

Once the pegs are placed on the board, the light bulb lights them up against the black backdrop, creating the picture.

The original lite brite also sold refill packs. The black papers could be reused, however, they would tear over time. Many children learned to use black construction paper as a replacement, but this limited them to freeform images. The pegs could be lost and require replacement as well.

Different Forms of the Lite Brite

Of course, different forms of the lite bright have existed throughout the decades. Versions of the toy are still made today. 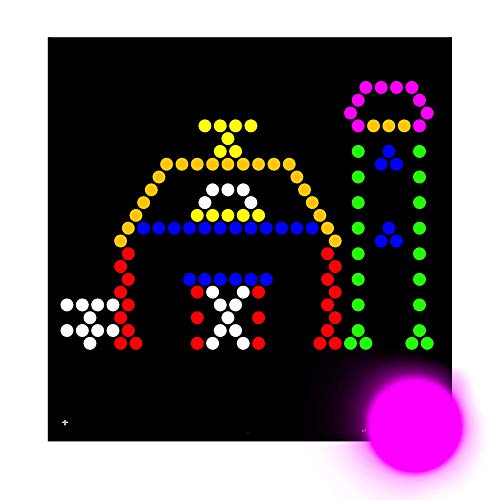 The original lite brite was bulky. Later versions are titled “flat screen”. The development of LED bulbs meant that a large light bulb was no longer needed, and this is what took up most of the space in the original version.

One flat screen version features a mini lite brite with a holder for pegs. This toy is excellent for travel. 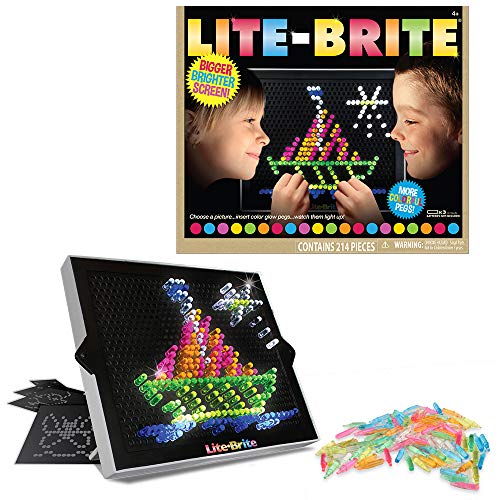 This new and improved Lite Brite has a flat-screen and more than 200 colored pegs. The battery-powered LED bulb can light up the screen in four ways, which adds to the fun.

It also has six template pages. More pages are available for download at Basic Fun.

The Giant Lite Brite has surface similarity to the retro toy, but it works differently. Most are wall-sized and digital. Instead of inserting pegs, you tap a button. Colors change with each tap, until you’ve chosen the selection you want.

The size means several people can create at the same time, and the digital design means there are no pieces to lose.

If a Lite Brite digital wall is out of your price range, you can design your own. Supplies needed include acrylic panels and fluorescent light bulbs. Instructables has a full guide to creating your own giant lite brite.

The Lite Brite Magic Screen solves an issue that’s been around as long as the Lite Brite itself. Instead of relying on the paper template to block the light, this model uses a self-healing pegboard. Black paper is still used as a template, but holes are pre-punched, and they are reusable.

In addition to different versions of the Lite Brite, there are many toys that are similar. These toys will improve imagination and fine motor skills. They make a perfect gift for a kid, or even yourself.

Glow in the Dark Glowing Board 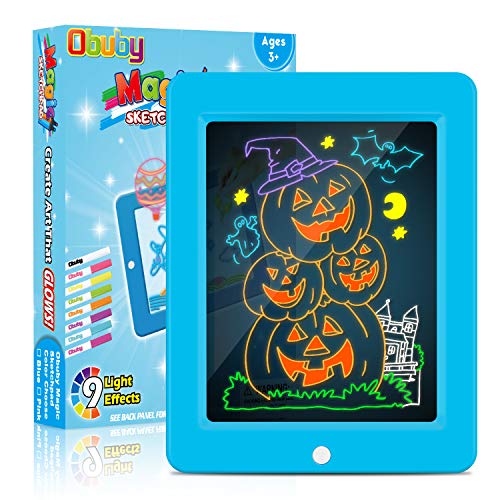 This toy works using a UV light pen. It is a simple drawing board with a pen. Kids draw pictures in the dark, and the picture will glow. After a few minutes, the drawing fades away.

It also has four stencils, which include letters and images to add a unique touch to your child’s artwork. 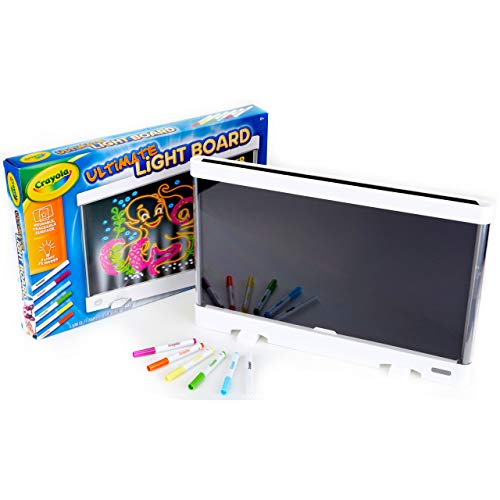 This drawing board comes with six washable markers. Use the markers to draw on the board. You can then erase and draw a new picture. The black piece in the back of the board can be removed. This allows you to draw a picture for your kid to trace.

Lego has been a kid favorite for decades. As the Lego empire continues to grow, there is a huge selection of Lego sets and toys.

Traditional Lego blocks offer a way for your child to create their own buildings using their imagination. Building sets provide instructions so your child can create a favorite place or object.

A ball is one of the simplest toys for kids. Playing catch can provide hours of fun, and it helps improve fine motor skills. 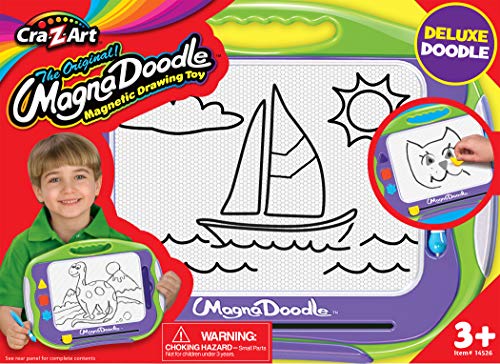 The Magna Doodle is the original erasable drawing board. The original version used metal shavings and a magnet pen. Today, you can find variations on the original. You can also find versions that use glowing pens to create pictures.

What peg colors come with the original lite brite?

Can you order litebrite templates?

Yes. You can order Lite Brite templates. The best places to find them are Amazon, Walmart, and Basic Fun.

Can you reuse lite brite templates?

Technically, the old-style templates were meant to be used once. As you insert the pegs, holes are punched in the paper. The freeform pages were basically impossible to use again. However, since the templates required pegs to be inserted in the same areas, they could be used again. The new lite brite has reusable templates.

Can you print litebrite templates?

Yes. Basic Fun offers printable templates for old and new versions of the Lite Brite. Just find your model and print the templates you need.

How can lite brite help your child to learn?

There are several ways Lite Brite can help your child learn. It improves fine motor skills and aids creativity. It allows your child to create their own artwork. It can also help with spatial recognition, patterns, and math. Young children can learn letters and numbers by creating them on the screen.  Pretty impressive for a toy made of pegs and a peg board.

Does target have lite brite?

Yes, you can find the Lite Brite Ultimate Classic at Target. It’s similar to the original, but with LED bulbs.

Do You Remember the Lite Brite?

The original Lite Brite isn’t something today’s kids would be trusted with. It had to be plugged into the wall, which is the first danger. Second, the standard light bulb would get hot, as light bulbs of the time period tended to do. If a curious child decided to inspect the inside of the box, they could get a burn for their curiosity. At times, even the peg board would get uncomfortably warm. Despite these issues, I have fond memories of the Lite Brite and the creativity it fostered.

What age is lite brite good for?

Lite Brite is suitable for kids age 4 and up. In my opinion, 5-9 is the optimal age range. Younger children often lack the manual dexterity and patience needed, and older children are likely to loose interest in the simplistic design.

Lite Brite pegs are plastic. They have always been made of plastic, which is great for parents with young children. I’m sure more than a few of the pegs have been swallowed by inquisitive youngsters. A similar toy by Bandai, called the Lumidot, uses glass pegs. It is only available in Japan.