Toys are always a popular option with a kid, but it can be difficult finding a toy that will be fun and popular. The Shopkins toy checked both of these boxes and was a recent craze through the holiday season. If Shopkins were impossible to find, there were luckily several other small doll collectible options for parents to turn to.

Below, let’s examine Shopkins in more detail and learn about some similar toy alternatives.

Shopkins are tiny, collectible dolls that mimic commonly found goods in the grocery store. Each miniature doll has a lively and animated face, giving personality and life to everyday, mundane goods. Shopkins are only about one inch in height and are brightly colored.

Several “seasons” of Shopkin styles were released, and many people try to collect all the available collectible figurines. The line was created in 2014 and was officially discontinued in 2020. There are a total of 14 different “seasons” released for production.

The small Shopkins doll was recently impossible to find during the Shopkins craze that captivated kids and parents alike. Toy stores and retailers sold out of this popular toy in just minutes, leaving parents few options. Luckily, there are several toys similar in style and design to Shopkins, giving parents options.

See also  17 Toys that Fold into a Ball

The following toys are similar in style to the collectible nature of the Shopkins, but of course, they have their own slight differences.

Beanie Baby mania swept the world through the late 90s and early 2000s, as people panicked to collect every small animal released. Beanie Babies were small, plush toys that were partially filled with plastic beans or beads. These small toys were affordable, about $5 each, and were addictive and highly collective.

A popular option through the 1990s, which has recently regained popularity, is Teenage Mutant Ninja Turtles. Based on comic book characters, these turtles were featured in television shows and movies. The turtles were action heroes, with weapons and a whole host of other characters and friends.

Teenage Mutant Ninja Turtles were incredibly popular because there featured action figures, stuff dolls, and even entire playsets that could be collected. The brand remains strong even today, with several variations of these popular collectible doll options for kids to play with. 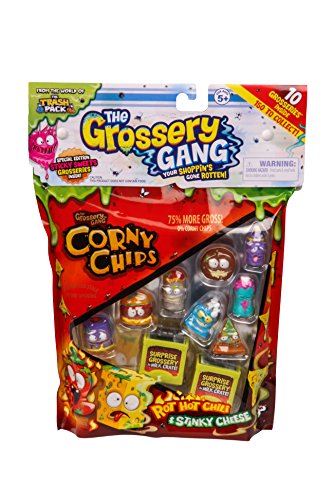 As a response to the popular Shopkins toys, the grocery gang also featured tiny, collectible dolls. These toys were modeled after everyday grocery store items, and like Shopkins, had creative faces and personalities all their own. The Grocery Gang toys were sold in a mini pack, allowing parents to purchase multiple dolls in an affordable toy option.

The Grocery Gang featured common fruits, vegetables, starches, cheeses, and food items for kids to collect. These toys were popular with boys and girls both and were marketed toward kids ages five and older. 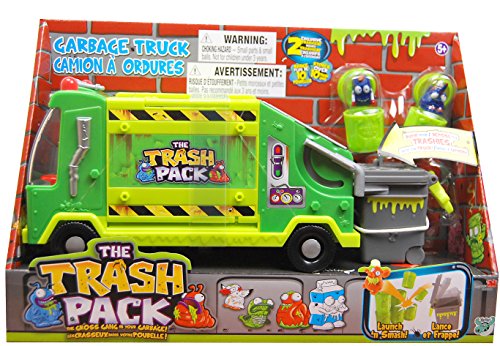 Another small, collectible doll was the Trash Pack. These darker dolls were modeled after foods that may have been recovered from the trash. Like Shopkins, each Trash Pack character featured a lively and emotional face that gave personality to each piece of trash.

Like the Shopkins toys, each Trash Pack doll was about an inch tall. There were several collectible Trash Pack dolls, allowing kids to collect complete sets. A fun component of the Trash Pack was the fact that the small “trashies” were sold in mini-trash cans.

This packaging also gave parents a creative and unique way to clean up and store these small dolls.

Just like the Shopkins, Polly Pockets were highly popular and collectible. These small dolls were less than an inch high but were hinged at the waist, allowing kids to move and place the dolls throughout their customized world. Polly was featured in several hand-sized worlds that ranged from a veterinary office to a school.

Polly Pocket went through several evolutions, ranging from a doll that had interchangeable clothing to a large, full-sized doll with the same features and friends as the miniature Polly. This toy was also highly collectible and featured several different worlds and friends for Polly to interact with.

Just a few short years ago, Shopkins were the latest toy craze, almost impossible to find this collectible toy in time for the holiday season. But, the popularity of Shopkins prompted several similar style toys to come out, just in time for the holidays. Understanding Shopkins, and other similar toys, can be confusing, so we have put together a list of commonly asked questions surrounding this popular toy option.

How many Shopkins are there?

It is estimated that more than 1,000 different and unique Shopkins are available. There are also many spin-off dolls created by Shopkins, including the Real Littles collection and the Cutie Car collection.

Shopkins offered an affordable solution for parents looking for a perfect, high-demand gift. Shopkins could be purchased as a two-pack for $2.99. There was also the option to buy a mystery pack, which featured more Shopkins. The price for this more significant collection was usually around $60.

Other spin-off toys from Shopkins are in the same price range. There are also Shopkins dolls available that are larger and are about $15. Shopkins dolls that come with a complete outfit change and matching accessories might run $30 or more.

Where can I buy Shopkins?

It was impossible to find Shopkins matching the toy craze of Beanie Babies, Furbies, and Cabbage Patch Dolls at the height of their popularity. Generally speaking, Shopkins could be purchased from large retail stores like Target and Walmart. Today, Shopkins can still be purchased from popular online retailers like Amazon. This option gives parents the chance to find Shopkins online in just the style they are searching for to complete the collection.

Shopkins are great, all-around toys that can easily appeal to all kids, both boys and girls. This toy was marketed toward kids who were ages 2 to 7. Be careful with using this small toy with young children. Because the toy only measures about an inch tall, it could quickly become a choking hazard for kids who do not know any better.

While the Shopkins line was officially discontinued in 2020, it still might be possible to find old Shopkins toys available online and at major retailers. It is also possible to buy used Shopkins. Although the original brand of Shopkins is no longer being produced, many of the spin-off lines continue to go strong.