Storks, Up, and Despicable Me 2 are similar to the 2017 movie, The Boss Baby, where Alec Baldwin plays the title character. The narrative is about how a baby’s birth affects a family, recounted through the eyes of a wonderfully untrustworthy narrator, Tim, a highly creative 7-year-old, with a focus on his adult-minded infant brother. Other cast members include Steve Buscemi, Miles Bakshi, Tobey Maguire, Lisa Kudrow, and Jimmy Kimmel.

The Boss Baby was produced by Ramsey Ann Naito and directed by Tom McGrath. Its box office estimated budget was 125 million dollars. The movie realized a gross box office turnover of 528 million dollars globally. It was nominated for Best Animated Feature.

Contents show
Storks
Up
Despicable Me 2
The Good Dinosaur
Monsters, Inc.
Inside Out
Finding Dory
Monsters University
The Croods
Robots
Shrek
Kung Fu Panda
How to Train Your Dragon
The Koala Brothers
Victor and Valentino 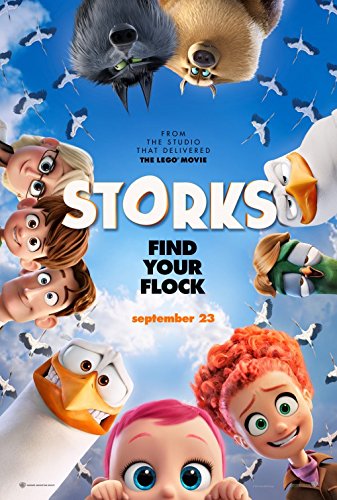 The 2016 film bears many similarities to The Boss Baby in that it focuses on babies, is humorous, sweet, and touching, and has human and animal interaction. The storyline depicts storks who once used to deliver babies to homes but now serve an internet retail global giant delivering packages.

Unluckily, the company’s top stork deliverer, Junior, reactivates the Baby Making Machine just when he is about to get promoted. This sets the ball rolling, setting the storks back to their original true mission – delivering babies and making families whole.

Nicholas Stoller wrote and directed Doug Sweetland was a co-director. It features the voices of Andy Samberg as Junior and Katie Crown as Tulip. Other cast members include Jennifer Aniston, Kelsey Grammer, and Ty Burrell. Storks won 5 awards and received 4 nominations.

The movie had an estimated budget of 70 million dollars. The opening weekend realized over 21 million out of a gross turnover of over 72 million dollars in the US and Canada. Worldwide, it grossed over 182 million. 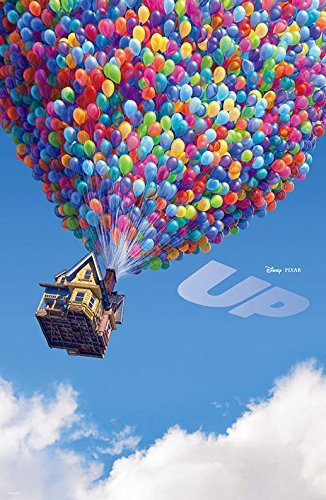 The 2009 film is about 78-year-old Carl Fredricksen, voiced by Edward Asner, who finally lives his childhood dream of finding Paradise Falls. He embarks on a journey with Russell, a persistent, 8-year-old boy scout and Wilderness Explorer, to find the forbidden place – Paradise Falls.

By airlifting his house using thousands of balloons, together they set out. Along the journey, he soon realizes that his childhood idol is behind a lot of evil doing. The sweet, humorous, feel-good theme, combined with the human-animal interactions makes it similar to The Boss Baby, including the child with an adult attitude as seen in Russell.

Up was directed by Pete Docter and Bob Peterson, who also wrote the story and screenplay. Other cast members voices include Christopher Plummer, Delroy Lindo, Bob Peterson, and Jordan Nagai (Russell). Up won 2 Oscars, 79 other awards, and 87 nominations. Its estimated box office budget was 175 million.

Worldwide, the movie grossed over 735 million dollars. In the US and Canada, it grossed over 293 million, out of which over 68 million were grossed during the opening weekend. 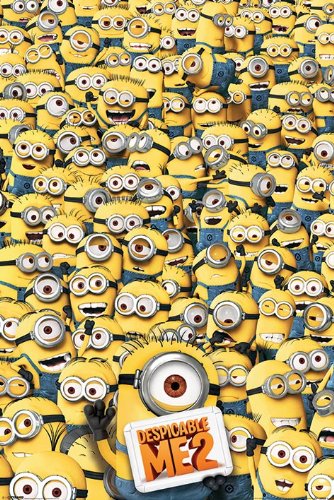 The 2013 film narrates how super-dad Gru, an ex-supervillain, and an Anti-Villain League recruit, sets out to identify which lethal muscle is behind the robbery of an Arctic laboratory. Meanwhile, his minions are stealthily kidnapped for some malicious mission. Its similarity to The Boss Baby is its kids’ theme, humor, and family-oriented theme.

Despicable Me 2 features the voice of Steve Carell as Gru. Other cast members include Benjamin Bratt, Kristen Wiig, and Miranda Cosgrove. The movie was written by Cinco Paul and Ken Daurio and directed by Pierre Coffin and Chris Renaud. It has been nominated for 2 Oscars, won 12 awards, and received 66 nominations. 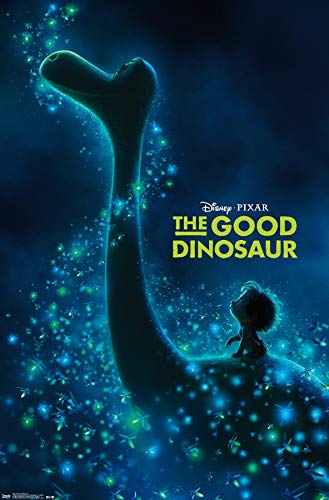 The 2015 humorous and touching movie depicts a close interaction of humans and dinosaurs, similar to that of The Boss Baby. Arlo, an Apatosaurus, makes an improbable human friend. He discovers his true capabilities when he finally confronts his fears while on an epic journey through a mysterious, harsh landscape.

The Good Dinosaur was directed by Peter Sohn, who also wrote the story. Bob Peterson was behind the development of the storyline and the original concept. Top cast member voices include Jeffrey Wright (Poppa), Frances McDormand (Momma), Ryan Teeple, Maleah Nipay-Padilla, and Jack McGraw. 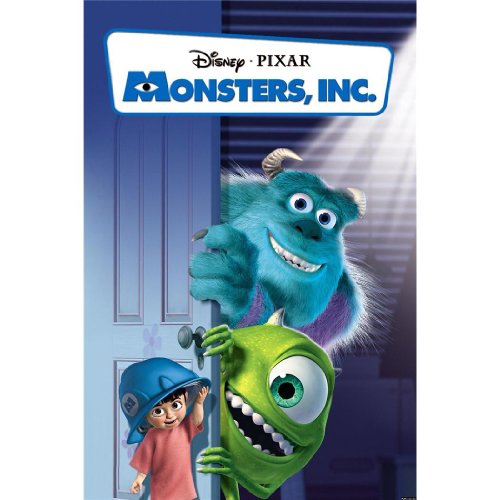 Monsters, Inc. is the city’s power company. To keep it going, it requires children’s screams. As such, it is the duty of monsters to scare the children continuously. James Sullivan (voiced by John Goodman) and Mike Wazowksi (voiced by Billy Crystal) are the main characters.

One night, a 2-year-old girl named Boo accidentally crosses over into the monster world with Sullivan, but he must get her back. The 2001 movie depicts humor, a feel-good feeling, kids, and an interspecies friendship, drawing similarity to The Boss Baby.

Monsters, Inc. was directed by Pete Docter, David Silverman, and Lee Unkrich. It received 38 nominations, won 1 Oscar and 15 other awards. The estimated box office budget was 115 million dollars, grossing over 579 million globally. It grossed over 290 million in the US and Canada, with over 62 million dollars during the opening weekend. 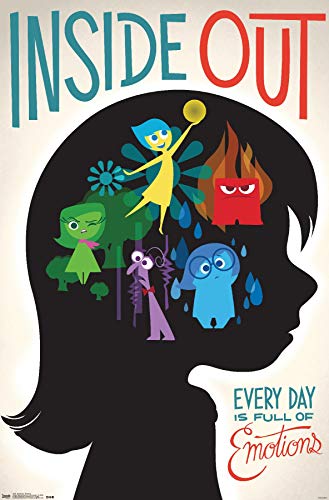 The 2015 film is inspirational and deep-rooted in family, like The Boss Baby, and tells us of Riley’s tribulations in moving to a different city – San Francisco, after her father starts a new job. The narrative takes us into young Riley’s emotional world, Headquarters. Sadness, fear, disgust, anger, and her most important emotion, joy, help navigate her school, home, and city adjustments. 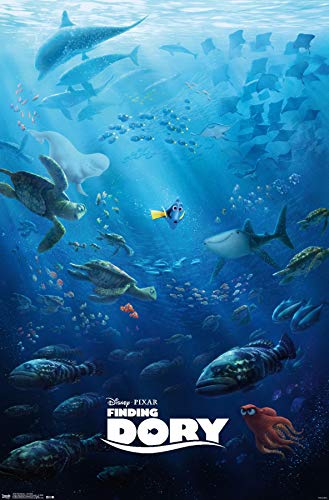 The 2016 movie depicts the importance of family, as does The Boss Baby. The narrative is about blue tang Dory who realizes she can speak whale. This friendly but forgetful fish takes us on an epic adventure as she searches for her parents, from whom she got separated at birth. Her friends Marlin and Nemo help her on her quest.

Andrew Stanton and Angus MacLane direct Finding Dory. Cast member voices include Ellen DeGeneres (Dory), Albert Brooks (Marlin), and Hayden Rolence (Nemo). It won 17 awards and 46 nominations. The box office estimated budget was 200 million dollars. In the US and Canada, it grossed over 486 million, with over 135 million in the opening weekend. Worldwide, it grossed over 1 billion dollars. 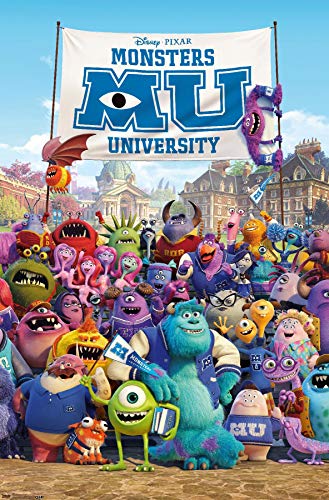 The 2013 movie is about an inseparable pair, James Sullivan (voiced by John Goodman) and Mike Wazowski (voiced by Billy Crystal). Initially, monsters who can’t stand each other, the two become best of friends by overcoming their differences. The feel-good, humorous film draws similarity to The Boss Baby in the close association of two people joining forces to work as a team for a common cause.

Monsters University was directed by Dan Scanlon, who also wrote the story and screenplay. Other cast member voices include Steve Buscemi (Randy) and Helen Mirren (Dean Hardscrabble). The film won 9 awards and 58 nominations. Its box office estimated budget was 200 million dollars. It grossed over 268 million dollars and over 82 million in the opening weekend in the US and Canada and over 743 million worldwide. 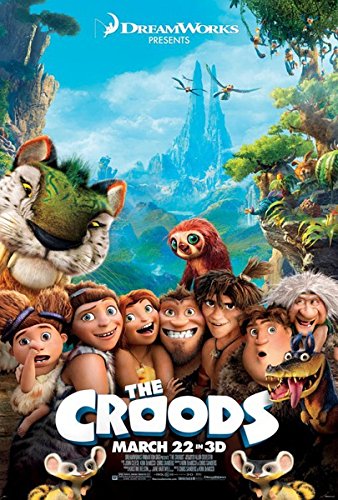 Strongly depicted on family bonds, the 2013 film draws similarity to The Boss Baby. The tale is about a caveman and his eccentric family who must traverse through an unfamiliar world after the destruction of the cave they always knew as home. In the search for a new home, they meet an inventive boy who helps them navigate their way through.

Directed by Kirk DeMicco and Chris Sanders, The Croods won 5 awards and was nominated for 1 Oscar and 46 other nominations. The cast includes the voices of Nicolas Cage (Grug), Emma Stone (Eep), Ryan Reynolds (Guy), and Catherine Keener (Ugga). Its estimated box office budget was 135 million. Worldwide, it grossed over 587 million dollars. It grossed over 187 million dollars in the US and Canada, with over 43 million over the opening weekend. 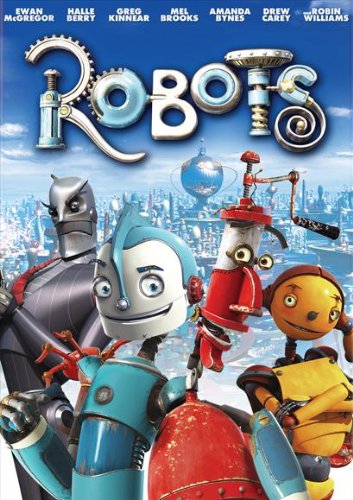 The 2005 movie tells of a young robot inventor, Rodney Copperbottom, voiced by Ewan McGregor, who is keen on making the world better. This draws similarity to The Boss Baby. Rodney’s dreams are about to become obsolete after the evil Ratchet crushes his dreams by taking over Big Weld Industries, the company he draws his inspiration from.

Directed by Chris Wedge and Carlos Saldanha, Robots top cast voices include Halle Berry (Cappy), Robin Williams (Fender), and Mel Brooks (Bigweld). The movie won 2 awards and received 22 nominations. It grossed over 262 million dollars worldwide, against an estimated budget of 75 million. During the opening weekend in the US and Canada, it grossed over 36 million dollars with an overall total of over 128 million. 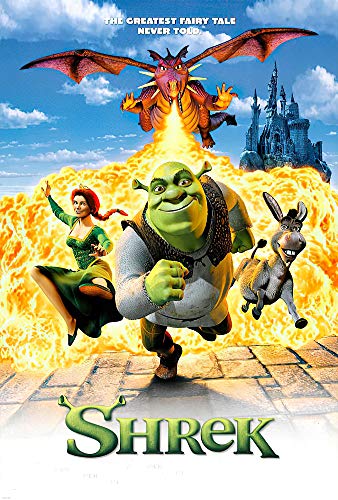 The 2001 movie brings us into an ogre’s world, who discovers his swamp has been infested by fairy-tale creatures, following their banishment by Lord Farquaad, who is viciously eyeing the seat of King. On a quest to rescue Princess Fiona following an agreement with Farquaad as a condition to clear the ogre’s swamp, Shrek, the ogre, finds himself forcefully accompanied by a loud, annoying donkey.

Interesting realizations begin to become apparent as Shrek and Fiona begin their journey back. The interaction between humans and non-humans and a worthy-cause storyline draws similarity to The Boss Baby.

Directed by Andrew Adamson and Vicky Jenson, Shrek features the voices of Mike Myers as Shrek and Eddie Murphy as Donkey. Other cast member voices include Cameron Diaz as Princess Fiona and John Lithgow as Lord Farquaad. The movie won 1 Oscar, 40 other awards, and 60 nominations.

The estimated box office budget was 60 million dollars. The movie grossed over 487 million worldwide and over 267 million in the US and Canada, out of which over 42 million dollars was grossed during the opening weekend. 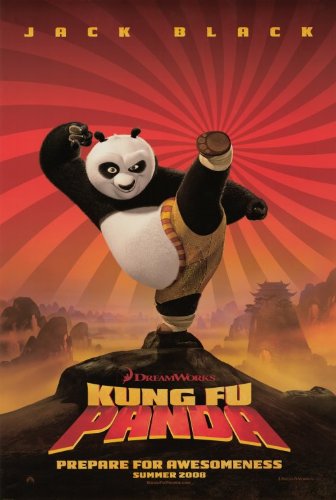 The 2008 film features Po, an irreverent, lazy Panda who spends his days helping out in the family’s noodle shop. As a huge Kung Fu fan, he begins to realize his dreams upon realizing he is the chosen one destined to fulfill an ancient prophecy.

Intent on fulfilling his dreams as a Kung Fu master someday, he gets the opportunity to show off his Kung Fu prowess when Tai Lung, a treacherous snow leopard, attacks. The witty, family-based theme makes it similar to The Boss Baby.

How to Train Your Dragon 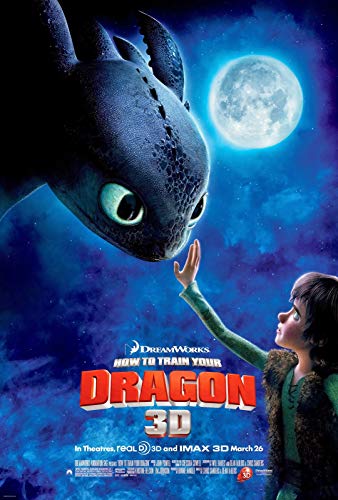 The 2010 film brings an unlikely, interesting, inter-species friendship of human and dragon, making it similar to The Boss Baby. The story is told of Hiccup, a young dragon-hunting Viking who learns more about the dragon world from his newly formed association with a dragon he once hunted, whom he names Toothless.

How to Train Your Dragon features the voices of Jay Baruchel (Hiccup), Gerard Butler (Stoick), Craig Ferguson (Gobber), and Christopher Mintz-Plasse (Fishlegs). It was directed by Dean DeBlois and Chris Sanders and won 25 awards, nominated for 2 Oscars, and 63 other nominations. 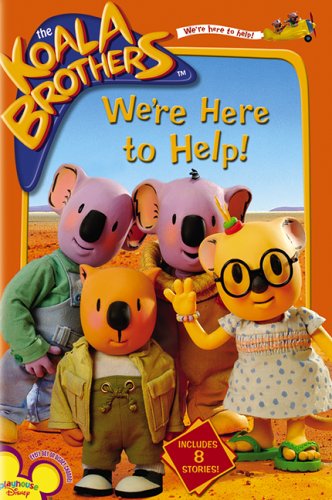 The Koala Brothers is a 2013 television series that shows the adventures of Frank and Buster, who are brothers. It’s a story of two brothers joining forces to help others. The close family ties and sibling partnership is similar to that depicted in The Boss Baby. The series has 79 episodes.

The Koala Brothers won 1 award and 2 nominations. The story was narrated by Jonathan Coleman and directed by Martin Pullen. Other cast members include Lucinda Cowden, Rob Rackstraw, and Janet James. 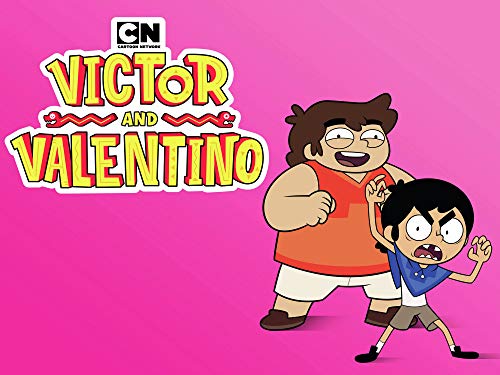 The 2019 television series is similar to The Koala Brothers and The Boss Baby as it involves two brothers spending loads of time together. In this narrative, the brothers’ Victor and Valentino spend the summer with their grandmother in a mysterious town where Latin American legends and myths come to life.

Diego Molano and Sean-Ryan Petersen perform the voices of Victor and Valentino. Other cast members include the voices of Laura Patalano (Grandma Chata), Jason Hightower, and Christina Milizia. The series, created by Diego Molano, has 71 episodes and received 2 nominations.