A few years ago our sons received their first nerf gun as a gift.

I have to admit that it was pretty cool. The bullets shoot fast and reasonably far. They don’t hurt. The only potential for injury is a bullet to the eye which is why I insist they play with safety goggles. They’re pretty cool and do so without complaint.

Recently, it was time to upgrade nerf guns. It was also time for me, their dad, to get one so I could play. I don’t like all toys, but nerf guns are fun.

With many new models out, I spent time with my sons picking the ultimate nerf gun. I was going to buy three in one go so I wanted to choose wisely.

After plenty of researching the many different types of Nerf guns, we settled on the following gun: 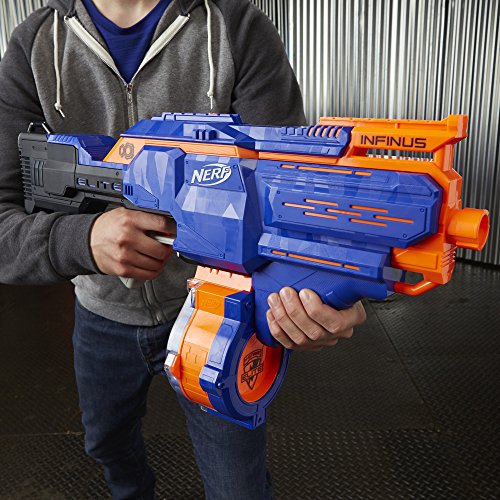 Having decided on a gun, the next issue was how many bullets should we buy with it.

It comes with some bullets but not many.

Having experience with nerf guns for a few years I know that 25 to 30 bullets per person isn’t enough.

If you’re going to have a rip-roaring good nerf gun battle, you need a good-sized stash.

With our Amazon cart loaded with guns, we set out to choose an additional nerf ammo cache.

Are 600 extra bullets per player enough?

Yeah. Actually, it’s too much. We need a big box to store them.

The cleanup is ridiculous. Basically we just use a broom at the end of a battle.

How much should you get?

If I were buying again, I’d get one 600 pack for the three of us. That would give us each 200 bullets which would do it.

600 bullets all over the room is good. 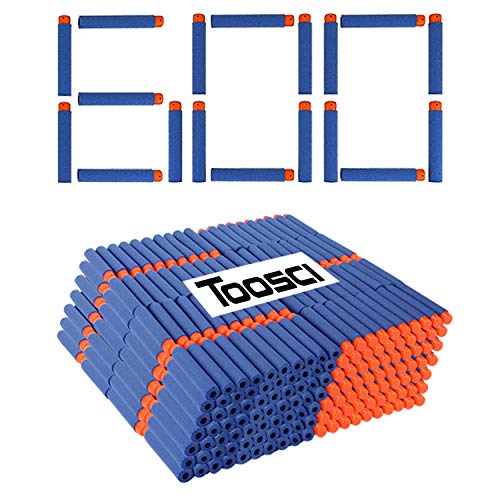 But… there’s always a but.

You need to consider whether your kids will have friends come over with their guns. If so, chances are they won’t bring bullets. They don’t want bullets mixed in. So they’ll rely on your bullet stash.

In this case, it’s helpful to have extra bullets.

So, while the 1,800 bullet buy was overkill for me and our two sons, it turned out to not be all that much of a waste of money for when their friends come over to play. We are more than ready for an epic battle.

You’re going to lose bullets (count on it)

This was our big problem initially. We never bought additional bullets and it didn’t take long until we lost all the bullets (we only had something like 30 to 40 bullets).

Nerf gun bullets are like socks. You lose them; can never find them but it’s mind-boggling how that happens. They’re never to be seen again.

If the last thing you want to hear is a bunch of whining because your kids lost their bullets, buy a big stash. Again, 600 is a good starter package.

See also  12 Toys For Kids That Like to Garden

Budget at least 200 bullets per gun. If you have two kids each with their own gun, buy 400. That should accommodate a few friends. If they play in groups regularly, you might want to double that.