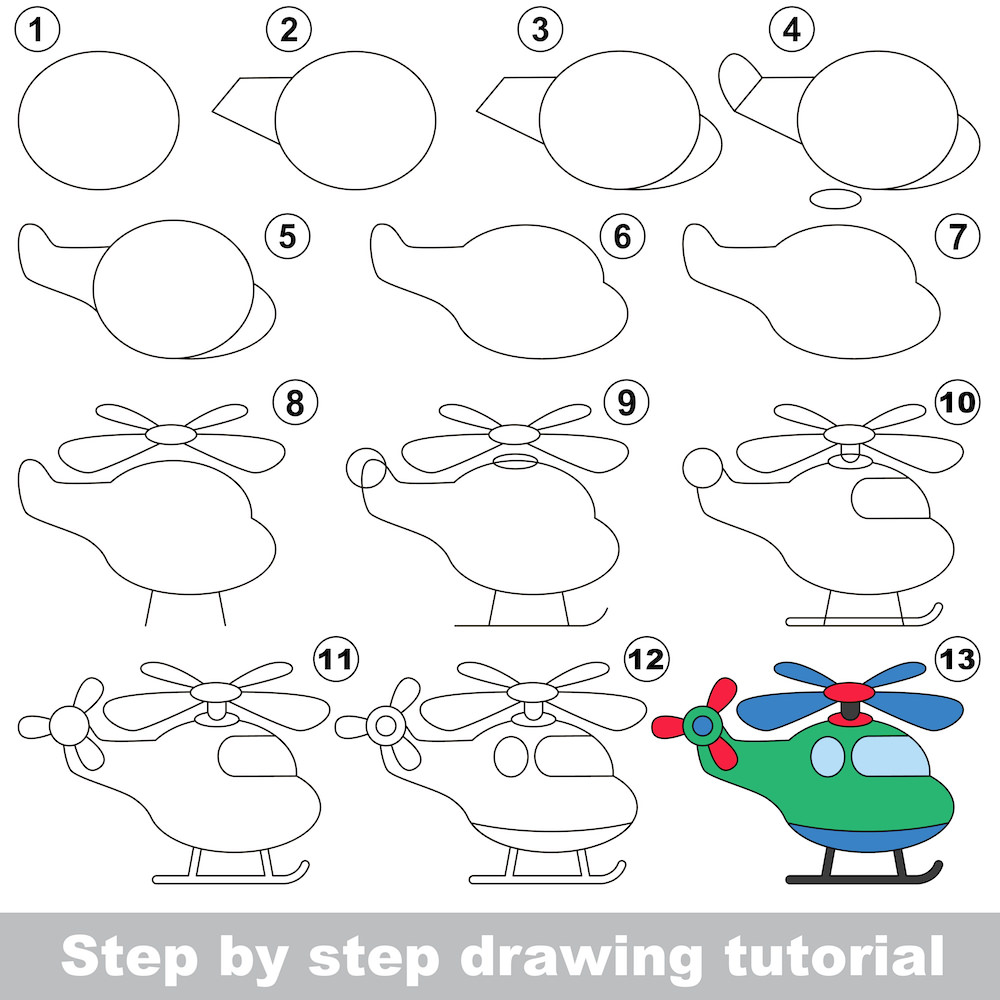 Learning to draw a helicopter is fun and it’s another vehicle to add to scenes.  While it’s fun to draw already-finished coloring pages, it can also be a lot of fun to draw your own illustrations and then color them.

This is our step-by-step helicopter drawing tutorial for kids resulting in a fun, simple helicopter illustration.

It’s super simple – just do the steps below.  Don’t worry if your lines aren’t exactly like the ones below… if you get close you’ll end up with a fine looking helicopter illustration.

Next draw beginning stages of the tail.  Don’t worry, it’ll get smoothed out in later steps.  This is to help get the overall shape of the helicopter underway.

Drawing the start of the nose is a simple curve on the bottom right of the large circle.  Again, don’t worry about the extra line – it gets erased later to complete the outline of the helicopter.

See also  How to Draw a Starfish in 9 Simple Steps 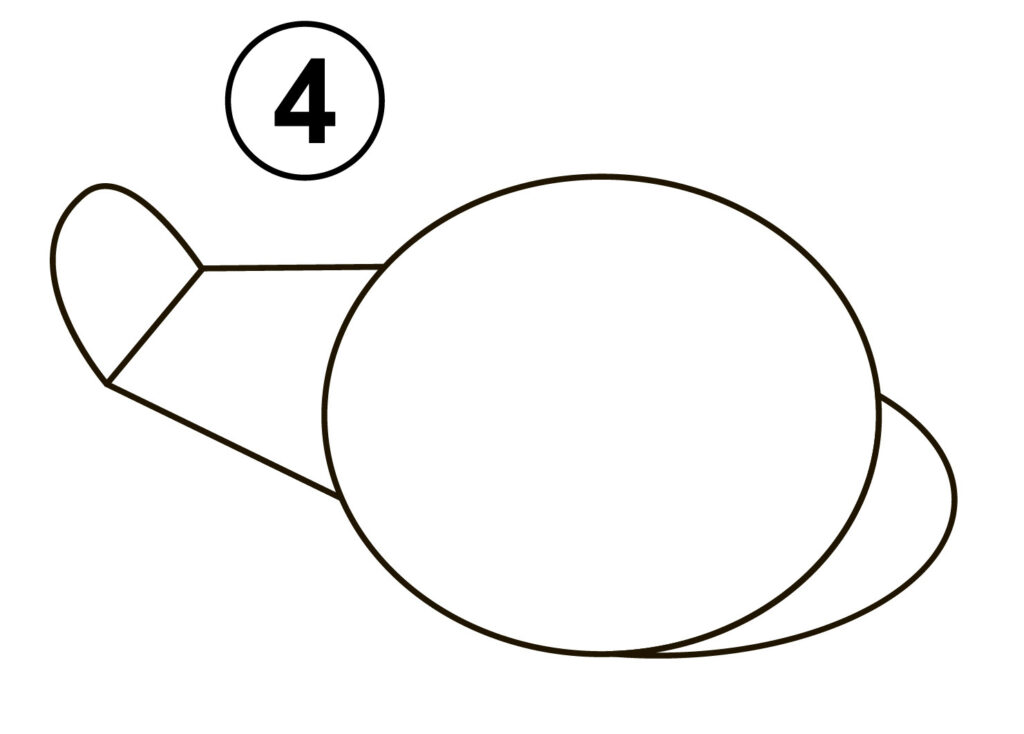 This step involves adding the tail end of the tail angled upward.

Step 5: Smooth Out the Tail Angles

This step is where the tail takes shape.  You remove the line and smooth out the edges. 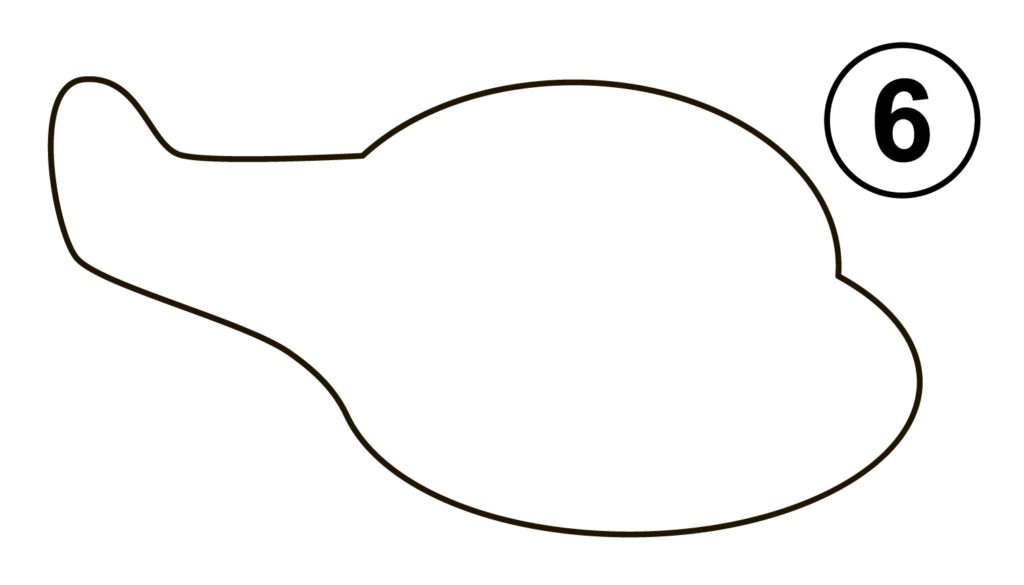 This is where the front of the helicopter takes shape. Remove the extra line and you end up with a proper-looking nose.  It’s starting to shape up beautifully at this point. 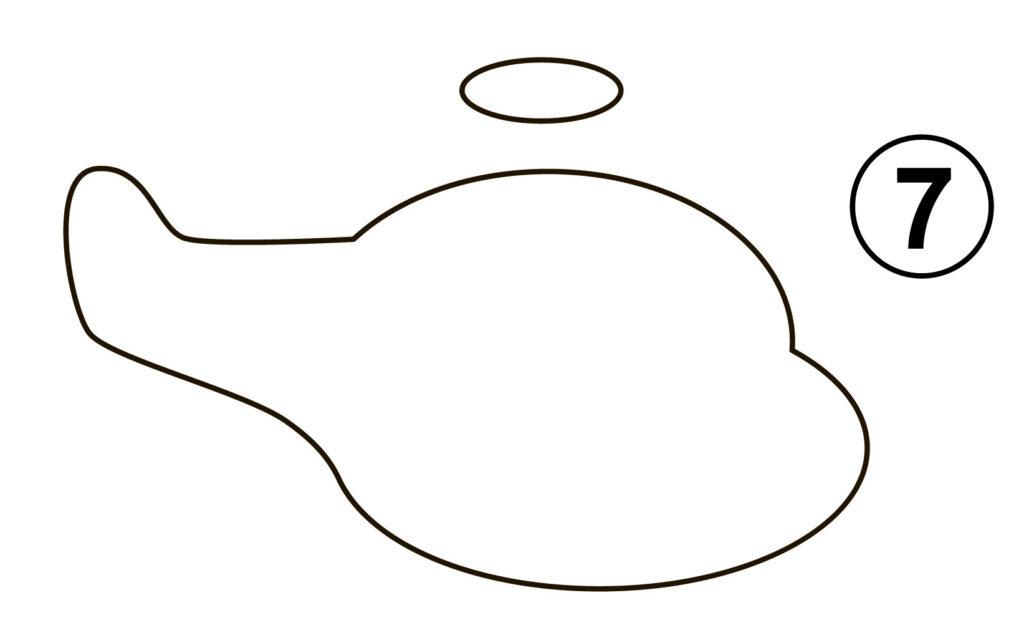 Step 7 is where we start adding some of the additional details that make a helicopter a helicopter.  This step is the beginning of the main rotor and it’s done so with an oval floating above the helicopter body.

Now draw the long blades like flower petals attached to the rotary.

Step 9: Draw the Beginning of the Tail Rotor 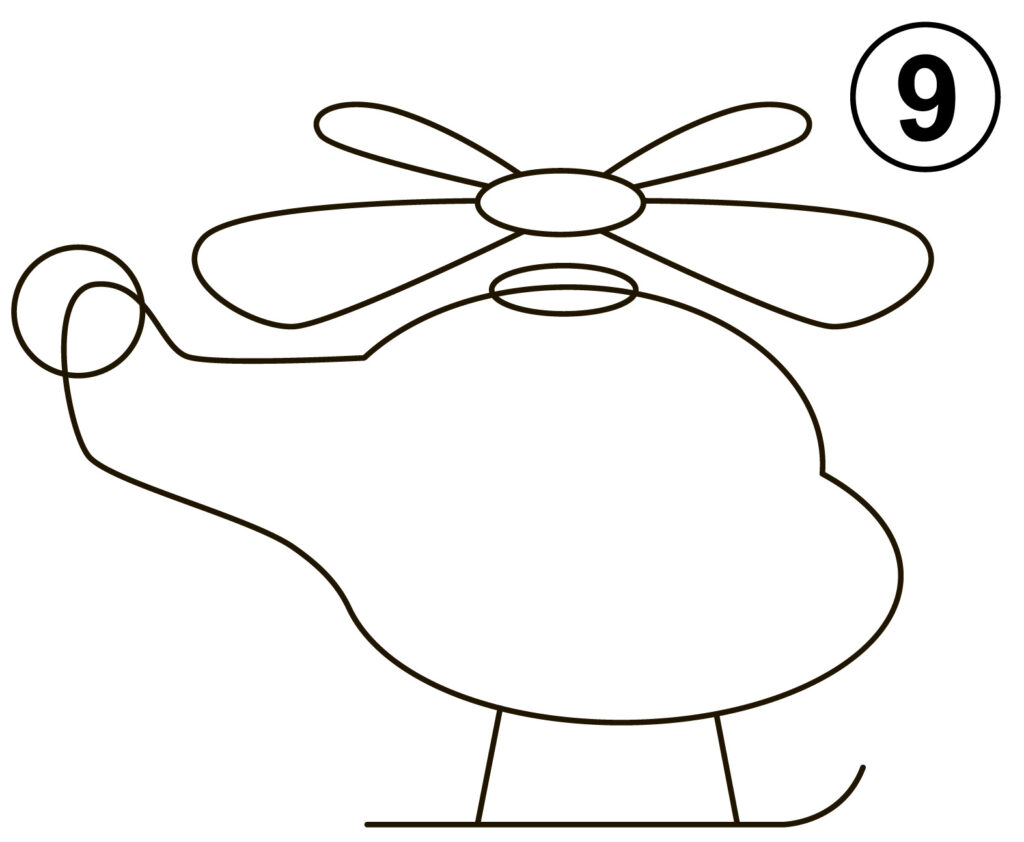 Helicopters need a tail rotor and blades as well.  We start this part of the illustration with a circle over the tip of the existing tail.

Here is where you turn your helicopter outline into something that resembles a helicopter merely by adding the front window as shown above. 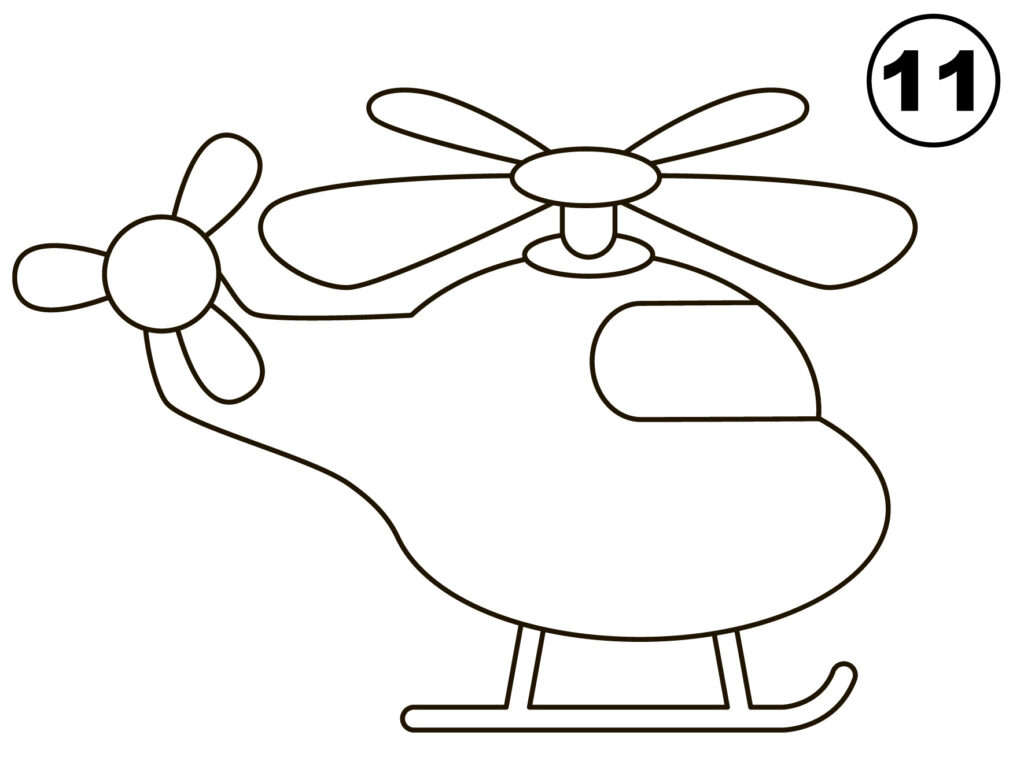 Here you erase the lines inside the tail rotor circle and then add the three blades as shown. 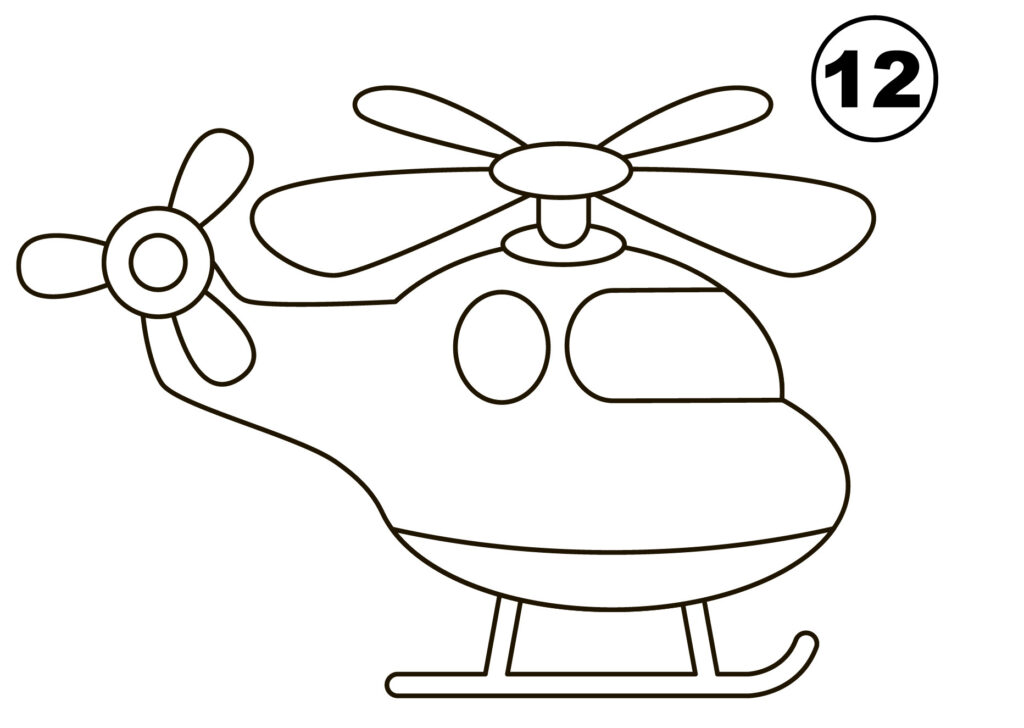 To add a little more life-likeness to this helicopter illustration, draw a soft oval to the left of the main window which serves as the passenger window.

See also  How to Draw a Camel in 9 Easy Steps 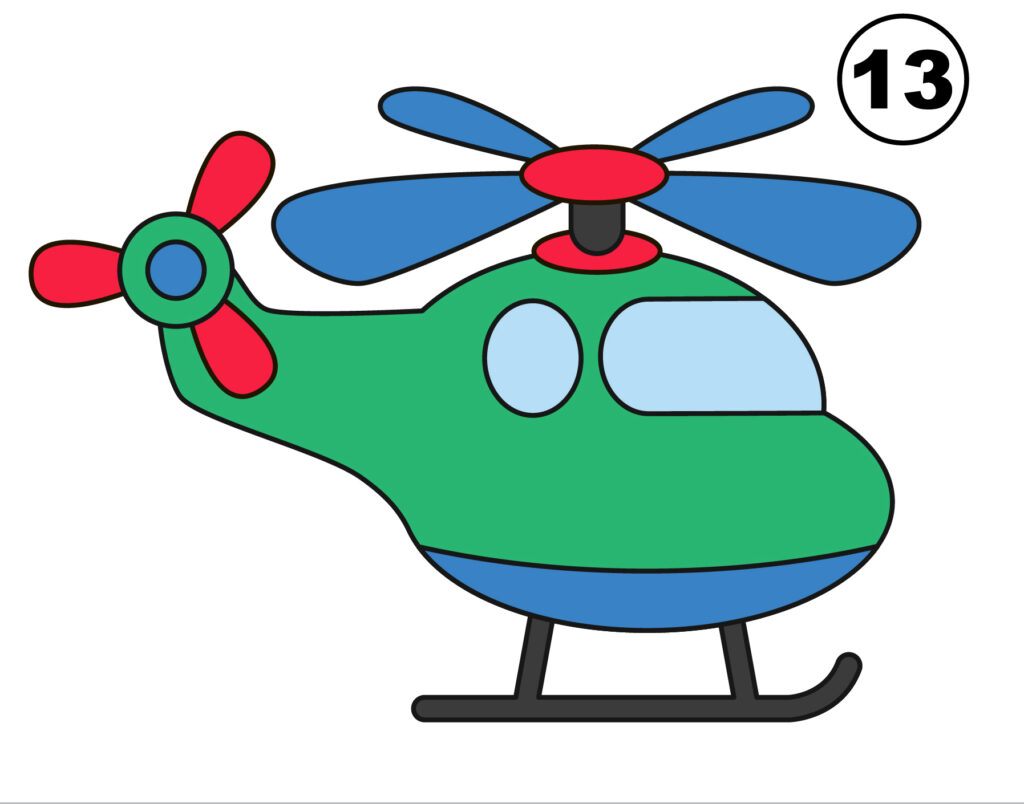 That’s it… you’re done in 12 simple steps.  Step 13 is where you get to color it… any color you want. Have fun and thanks for going through this tutorial.